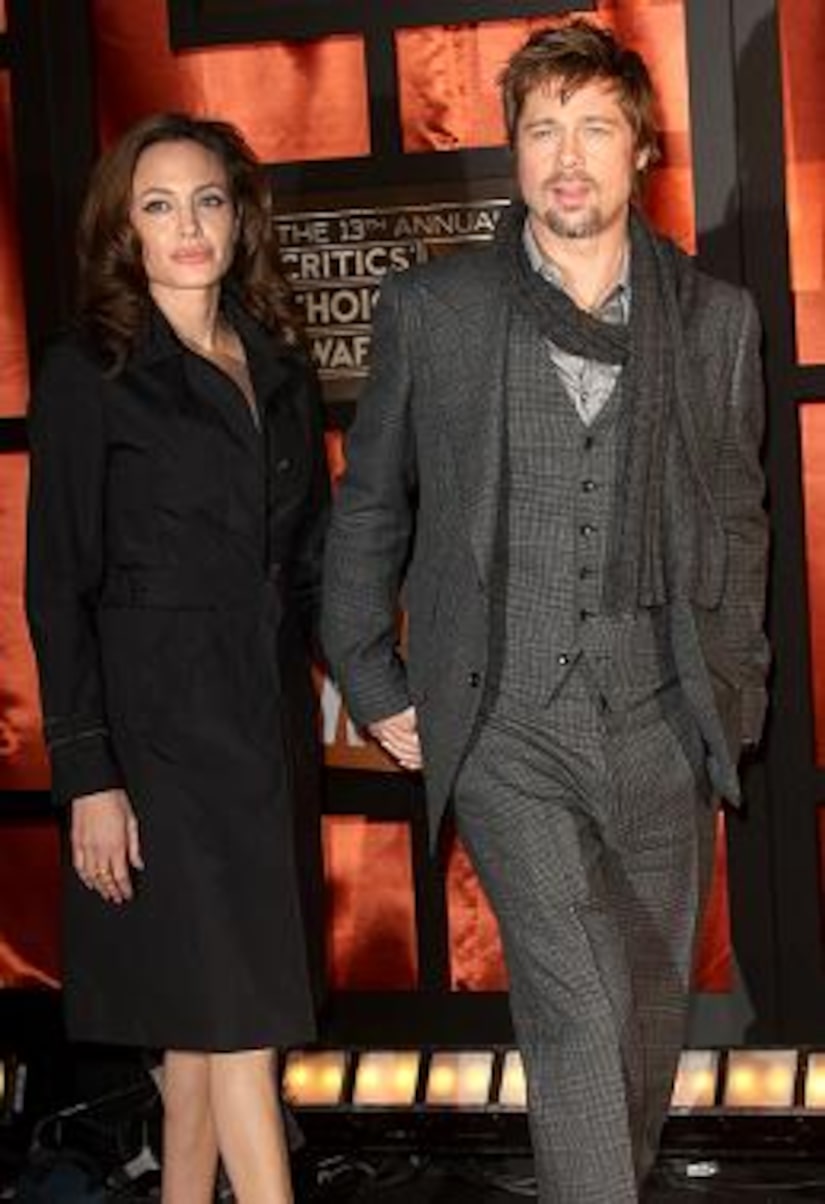 Nuptial rumors are flying about the world's most celebrated charity couple!

According to a British gossip column, Brad Pitt popped the question to Angelina Jolie and they're aiming to get hitched this spring.

The world travelers, who have four kids together and a rumored baby on the way, will reportedly tie the knot in the U.S.

But are the marriage rumors true?

Brad's people say no, and are denying the claim that he and Angie are engaged.