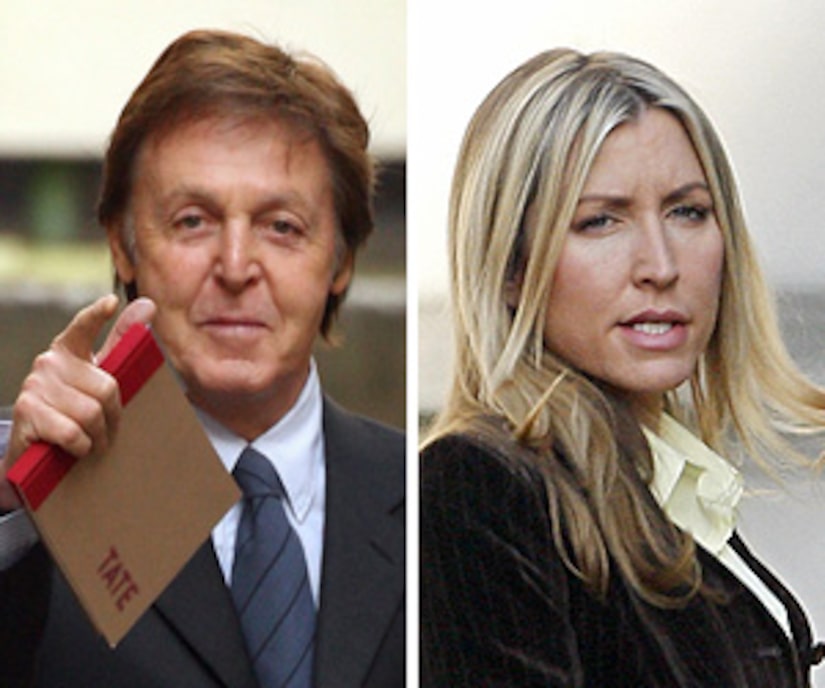 Paul McCartney and Heather Mills' ugly divorce battle will extend into next week, despite hopes that a settlement would be reached by today.

The Beatle and the ex-model have been squaring off in a London courtroom for the past five days. Reports say Heather, 40, is asking for $100 million of his estimated $1.6 billion fortune, but Paul, 65, is willing to give her half that.

Their divorce settlement could be the most expensive in British history.

According to reports, Heather has been arguing that she's owed money because her career as an inspirational speaker has been ruined by her split. She's also supposedly asking for money to pay for 24-hour security for her and their four-year-old daughter, Beatrice.