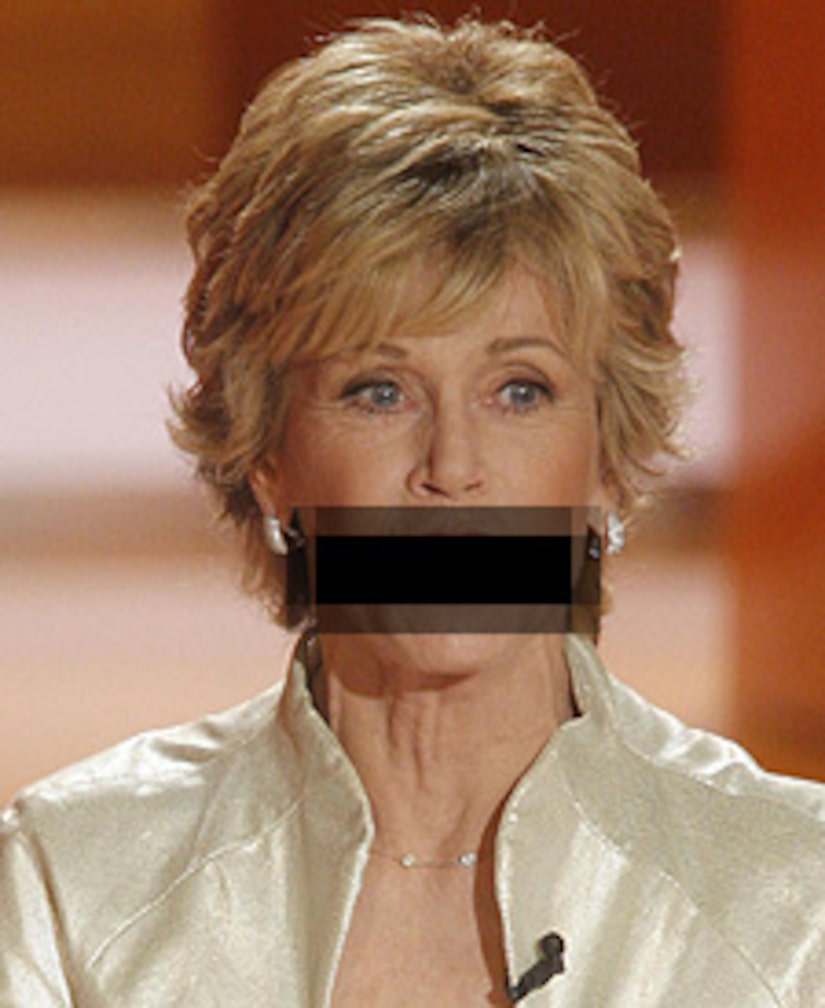 Jane Fonda has certainly stirred up her share of controversy in her lifetime, but did the award-winning actress really drop the C-bomb this morning on live TV?

Jane used the vulgar word, which describes a female body part, while talking about a recent request to appear in the theatrical reading of "The Vagina Monologues."

The Oscar-winner visited the "Today" show with "Monologues" founder Eve Ensler to discuss the 15th anniversary of the play and the 10th anniversay of "V-Day" when she let loose.

The slip prompted Meredith Vieira to issue an apology, stating, "We were talking about 'The Vagina Monologues' and Jane Fonda inadvertently said a word from the play that you don't say on television. It was a slip and obviously she apologizes, and so do we. We would do nothing to offend the audience. So please accept that apology."