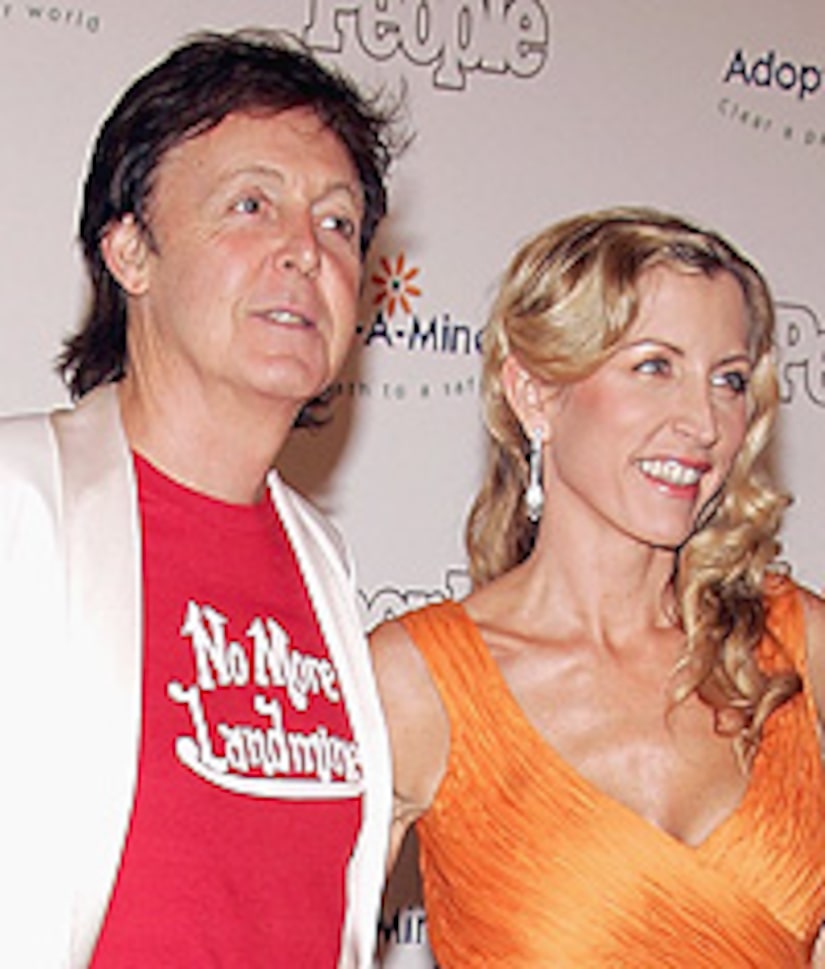 It's a battle for Beatles gold as Heather Mills and Paul McCartney head back to court to hammer out the details of their messy divorce battle, including how they plan to share custody of their 4-year-old daughter, Beatrice.

“Extra” has learned that Mills, 40, is planning to present to the court an intrusive home movie of the paparazzi chasing her, as she pursues a reported $100 million dollar chunk of McCartney's fortune.

The video reportedly documents Mills trying to escape aggressive photogs, and she is now allegedly asking Paul to pay for security guards.

Now, British reports are claiming that the ex-model was having an affair for six months near the start of their relationship, but a source close to Mills tells “Extra” that the affair allegations are false.