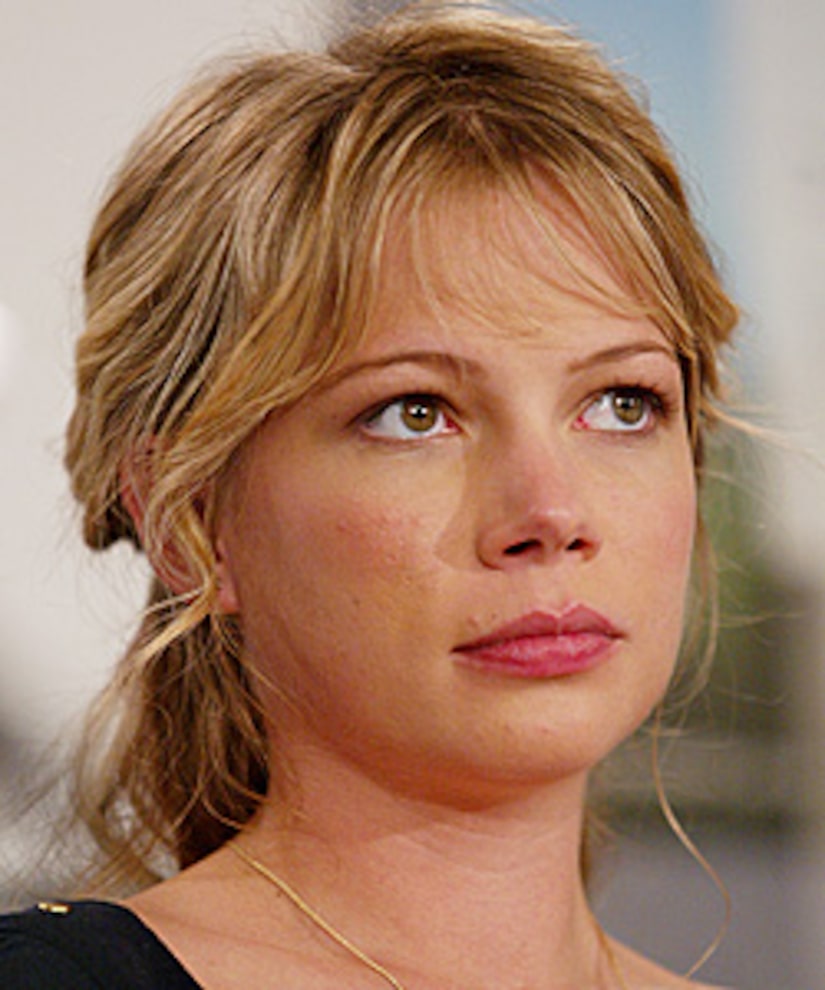 Only two days after attending the wake of her former fiancé, Heath Ledger, Michelle Williams was back in New York City filming a scene for her upcoming movie, "Mammoth."

The scene was shot only a reported three blocks away from Heath's SoHo apartment, where the actor was found dead Jan 22. from an accidental overdose of prescription drugs.

Michelle was shooting "Mammoth" in Sweden when she learned of Heath's death.

The scene she was filming yesterday was located near a store called Evolution, where posters of skeletons reportedly hang in the windows.