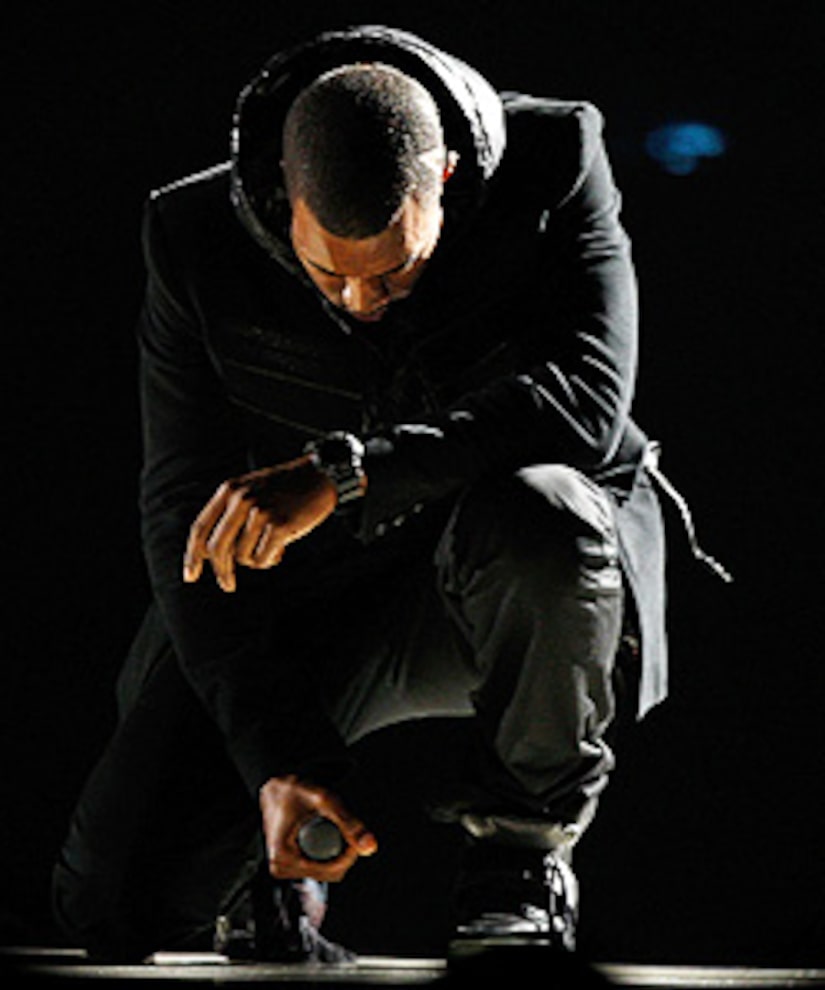 There was no stopping Kanye West from carrying out an emotional Grammy tribute to his mom Donda last night.

During his acceptance speech for "Best New Album," Kanye began to dedicate his trophy to his mother, who he lost after she suffered complications from surgery. But music soon began to play, signaling him to leave the stage.

"It would be in good taste to stop the music now,” Kanye said without missing a beat.

The music quickly halted. He continued, "I know you're really proud of me right now, and I know you wouldn't want me to stop ... and mama, all I want to do is keep making you proud."

The rap star, who had been avoiding the spotlight since Donda's death in November, picked up four Grammy wins, including Best Rap Solo Performance for “Stronger," and Best Rap Performance By A Duo Or Group for "Southside."

In an emotional tribute performance, Kanye sang his hit song “Stronger,” then segued into a special version of “Hey Mama." The moving delivery brought the Grammy crowd to its feet.