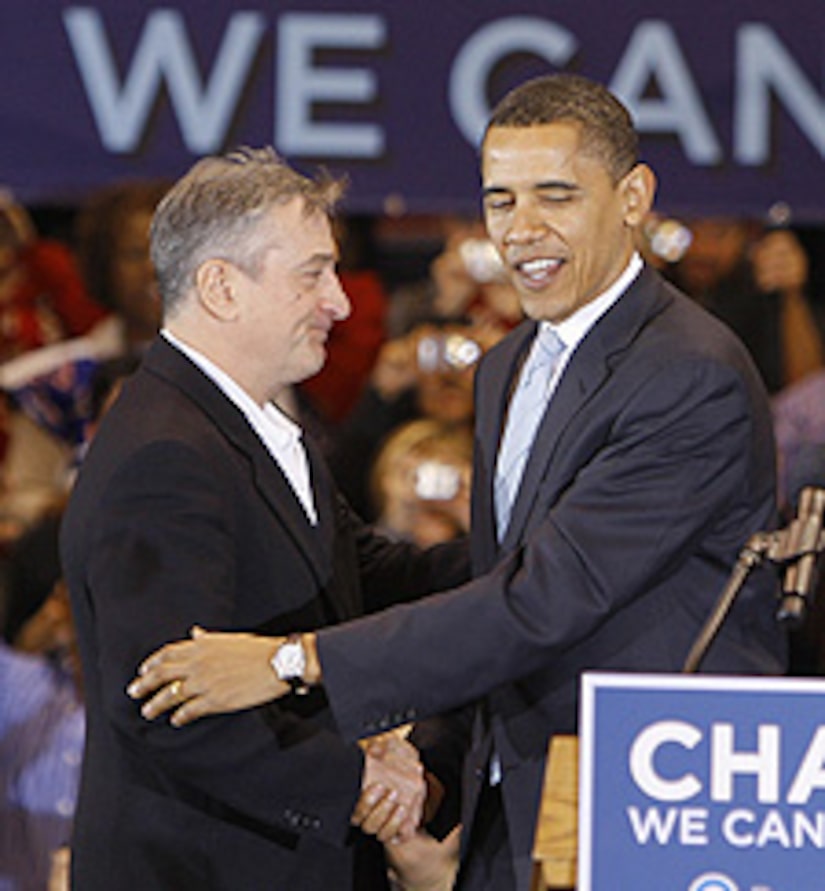 From Robert DeNiro in New York to George Clooney in Hollywood, there's a ton of star power at the polls and "Extra" is in the middle of the great divide.

As Super Tuesday unfolds, America will vote for "a Mormon, a senior citizen, a black man and a woman," as George explained. "I'm impressed!"

"Extra" was with Sean "Diddy" Combs as he rocked the ballot box in the Big Apple this morning and proudly walked away with a "I Voted" sticker.

Senator Hillary Clinton and her husband Bill took "Extra" along as they voted in New York, just hours after she joked with Dave Letterman about a possible pick for Vice President.

"I've been giving a lot of careful consideration to that and it's really down to you and Regis [Philbin]," Hillary laughed to Dave.

Hillary has already won over America Ferrera, who campaigned with Chelsea Clinton.

"She's dedicated so much of her life to the causes she speaks about," America explained.

Oscar nominee Laura Linney added, "I'm a Hillary supporter and I have been for a long time."

Debra Messing told "Extra" she was for Hillary even before telling her husband, Daniel Zelman.

"I'm for Hillary," she said as Daniel shrugged, "Now I know!"

Barack Obama has Robert DeNiro in his corner, along with Oprah Winfrey and Will Smith.

"That's my man," Will told "Extra." "I pretty much told him I'm open to support you, just let me know what you need."

Even the GOP has some Hollywood big guns on their side: Arnold Schwarzenegger, Sly Stallone and Chuck Norris are supporting the Republican candidates in a star-packed election that promises to go down to the wire.