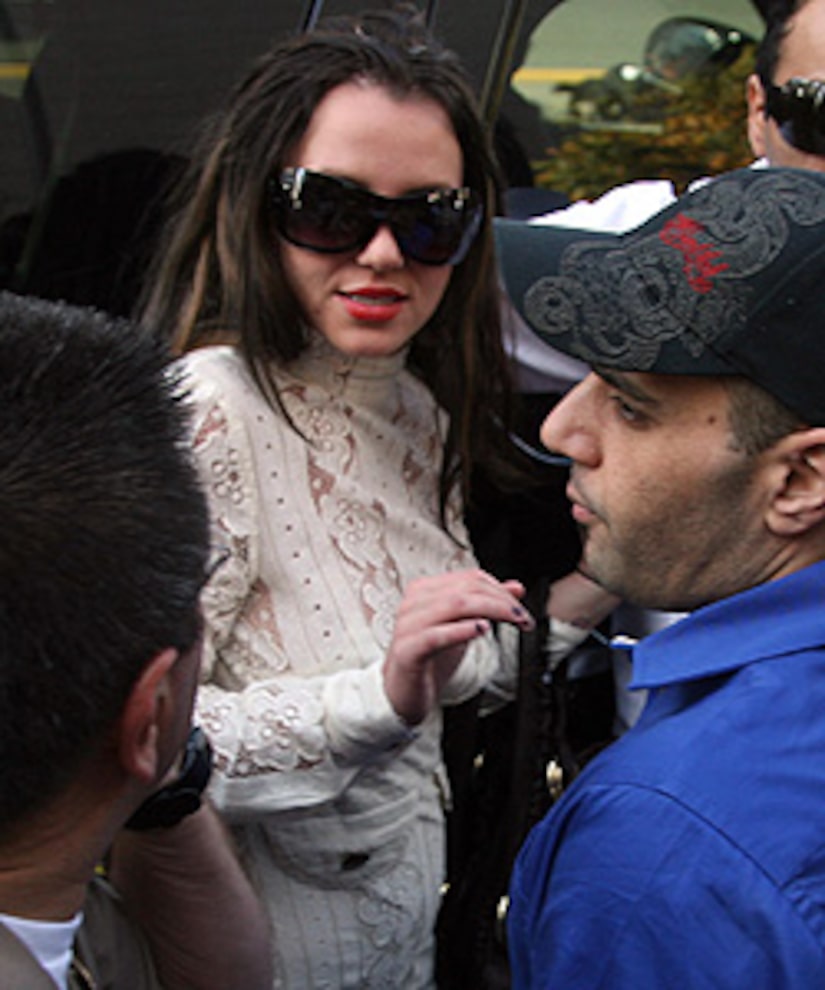 Britney Spears' confidante and "manager" Sam Lufti is speaking out, giving his side of the story in the ongoing drama surrounding the Spears family.

"They're never going to be able to rule her forever," Sam told Us Weekly about Brit's parents, Jamie and Lynne.

The concerned parents successfully filed a restraining order against Sam, who mysteriously entered Brit's life last year and has never left her side. During yesterday's dramatic court hearing, a judge ruled that the restraining order will stay in effect for several more weeks and banned Sam from having any contact with the troubled star.

"It won't last," Sam told the magazine. Though the restraining order was issued, Sam has been able to successfully avoid getting served by Jamie's lawyers. Yesterday's hearing also revealed that Sam has defied court orders and spoken with Brit on the phone.

Meanwhile, Britney's parents are sticking by her side at UCLA Medical Center, where she's being held in the psych ward for an additional 14 days. X17online.com spotted her one-time beau Adnan Ghalib trying to enter the hospital with flowers, but he was reportedly denied entrance. He looked as if he was about to cry as he walked away.