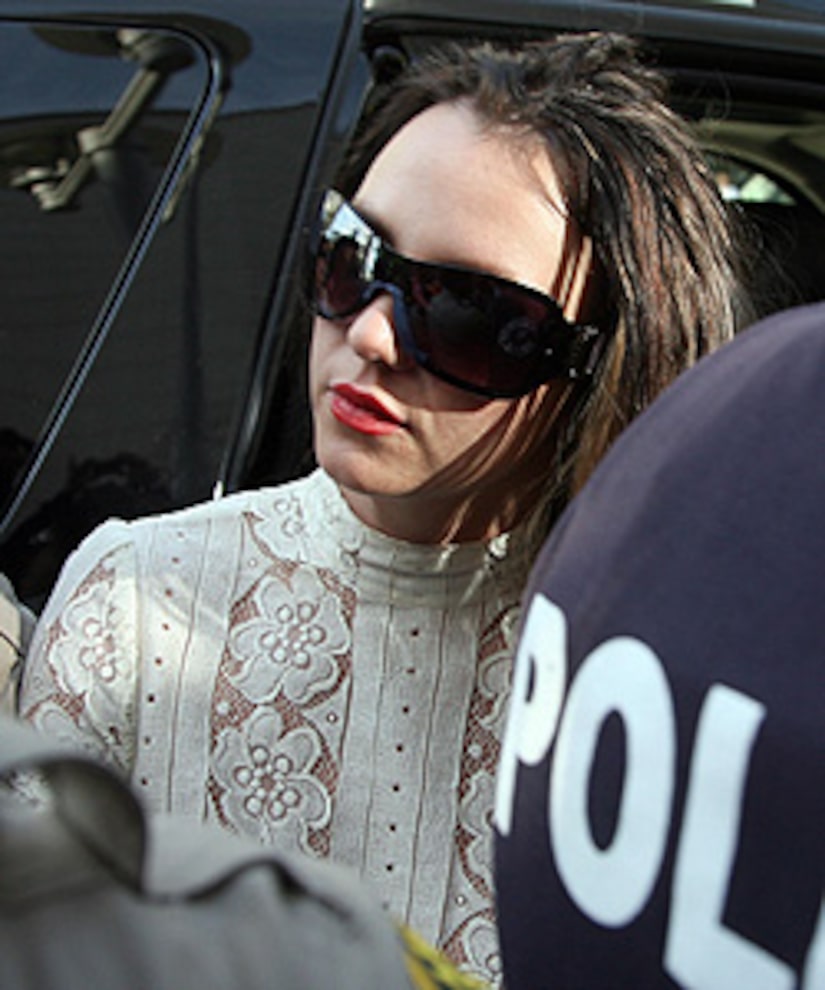 Explosive new revelations are coming to light from the restraining order against Sam Lufti.

"Extra" has obtained the order, filed in L.A. Superior Court on Feb. 1 by Britney's dad Jamie on her behalf.

In the papers, Lutfi is accused of drugging Spears, cutting her home phone line and yelling at her.

The papers include strict orders for Sam (real name Osama Lufti) to stay at least 250 yards away from Britney, the homes of both her parents and her brother, where her kids live and UCLA Medical Center.

"Britney met Mr. Lufti in or about October 2007," the papers say. "Mr. Lufti has essentially moved into Britney's home and has purported to take control of her life, home and finances."

The date of the most recent harassment is listed as Jan. 29, 2008, and says Sam, Lynne Spears, Adnan Ghalib, Chad Hardcastle and other unknown paparazzi were there.

"Mr. Lufti drugged Britney," the papers continue. "He has cut Britney's home phone line and removed her cell phone chargers. He yells at her. He claims to control everything - Britney's business manager, her attorneys, and the security guards at the gate."

On Britney's behalf, Jamie is seeking to "avoid the risk of physical harm to Britney by Mr. Lufti and to allow her to undergo necessary medical treatment without interference" from him.

Britney's mother Lynne also includes a declaration which details Sam's alleged harassment of her troubled daughter. She recalls the night of Jan. 28, when she and Jamie rushed to Britney's Beverly Hills home amid reports that she was fighting with Sam and was crying. She says Sam had given a paparazzo named Felipe one of Britney's cars so that Britney could escape the planned intervention. Lynne also asserts that Sam disabled all of Britney's cars.

Lynne says that during the night, she heard Sam call Britney "an unfit mother" and "a piece of trash" who cares more about Adnan Ghalib than her own kids. He also told her she doesn't deserve Sean Preston, 2, and Jayden James, 1.

Lynne says paparazzi treated Sam "like a general" who issued instructions to them. She claims Sam told her, "I sleep in cars outside her house so she can't leave." She also says Sam instructed Lynne and a friend to tell Britney that Adnan was gay.

"Britney spoke to me in a tone with the level of understanding of a very young girl. Britney then picked up a bottle of pills and read part of the label and asked us, 'What does insomnia mean?' Sam told her that the pills will help her stay awake."

Lynne says that Sam admitted he grinds up Britney's medications and puts them in her food. "He told us that the doctor who is treating her now is trying to get her into a sleep-induced coma so that they could then give her drugs to heal her brain," she recalls.

Next, Lynne says Sam encouraged everyone to drink shots of tequila, but Lynne and her friend refused. Britney drank wine before asking to go to Rite-Aid "for some lipstick." She claims that Sam had crushed pills and given them to Britney "to make her more light-hearted, happy and fun." Lynne first refused to let Sam go to Rite-Aid with them, but he "jumped in the car" and later insisted that they leave through the front entrance "for the paparazzi to take pictures."

"At one point that evening," Lynne says, "Sam bragged to me that he is the one who receives Britney's checks." She says Sam claimed that if he didn't give Brit her medicine, "she would kill herself. Then he said to me, 'If you try to get rid of me, she'll be dead.'"

Lynne then says that Britney asked, "When do I get to see my babies?" and Sam responded, "Wednesday." Britney supposedly asked, "What do I have to do to see them?" and Lynne claims Sam answered, "Take the pills I tell you to take...If I told you to take 10 pills a day, you should do what I tell you to see your babies."

Lynne says that Adnan has actually been warning Lynne about Sam's intentions, telling her he's been worried about Britney. He told Lynne that Sam hides her dog, London, but then when Britney cries, "Sam brings out the dog from the hiding place and acts like her savior."

Lynne explained that Britney "went in and out of her British accent" before being committed to UCLA Medical Center.