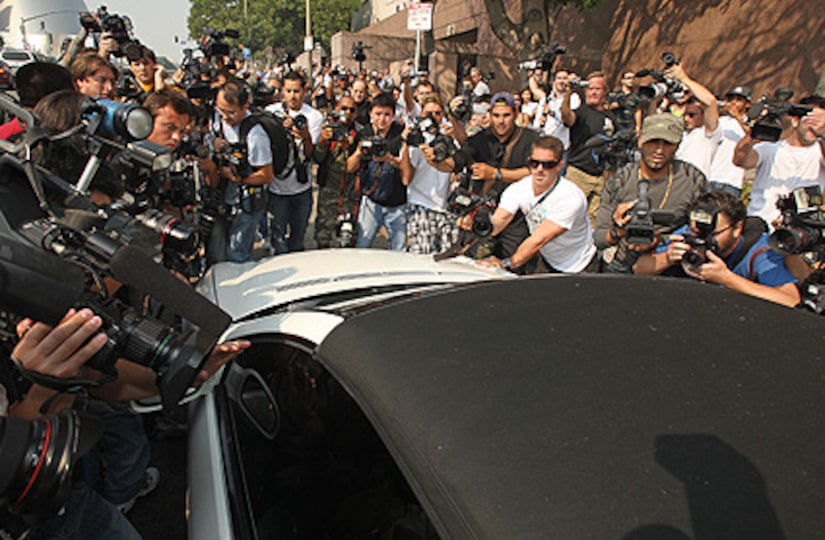 The ever-growing paparazzi who swarm many celebrities are about to get swarmed by a motion that may be placed against them in the next six months.

Councilman Dennis Zine is proposing an ordinance to grant celebrities a "personal safety zone" between them and the shutterbugs. The proposal will be discussed at a City Counsil and Public Safety committee hearing at some point in the next few weeks.

Many council members became alarmed after seeing unsafe tactics the paparazzi use to get shots of celebrities, including blocking streets with their cars and pushing pedestrians out of the way.