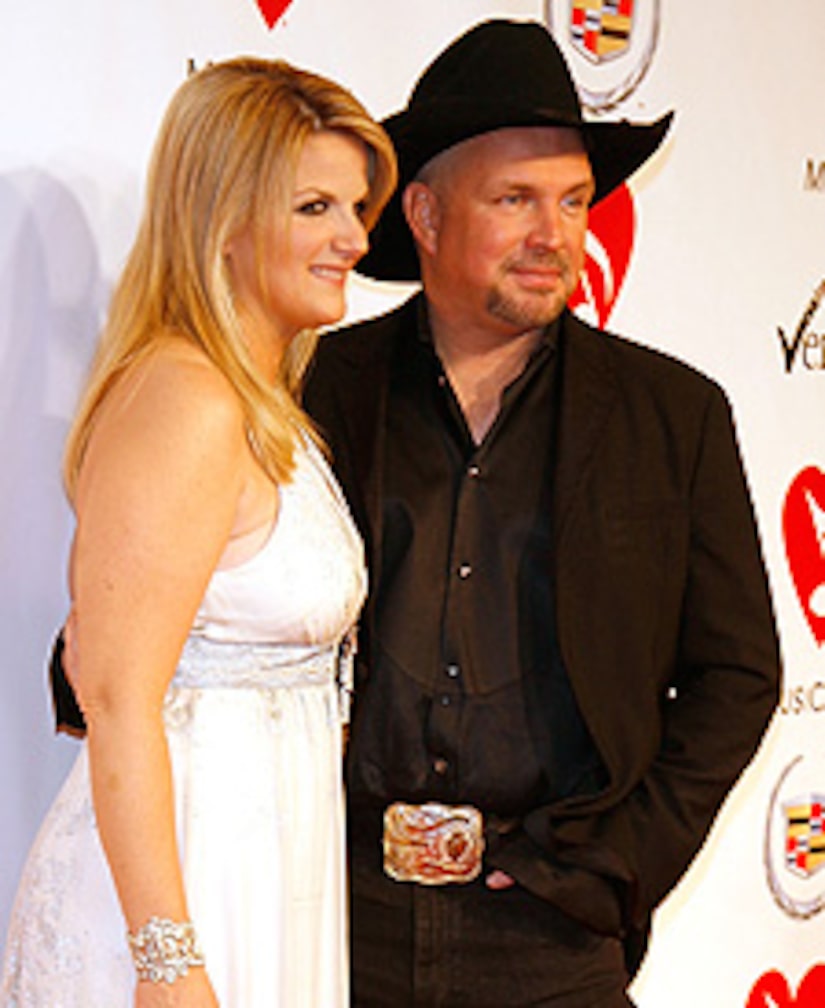 Country music superstar Garth Brooks is raising his voice about his weekend benefit concert marathon for California firefighters and singing his praises for his wife, Trisha Yearwood.

"I don't know if it's getting old or what, but I turn to soup without her, so she knows I'm going to need her," Garth confessed to "Extra."

He added, "It's just what every guy doesn't want to admit, you know. When she's here, I'm a ten-times stronger guy than I am if she's not here."

Meanwhile, this weekend's concerts are among only a small handful Garth's performed since going into semi-retirement six years ago to be a full-time dad to his three young children in his native Oklahoma.

But when he goes to soccer games, is he Garth Brooks the neighbor or the superstar?

"No, I'm Garth Brooks the neighbor," he said. "They look across the field and see me just like them. I just do something different for a living than they do."

You can catch Garth back in action tonight on CBS, which is televising the first of his five back-to-back concerts.