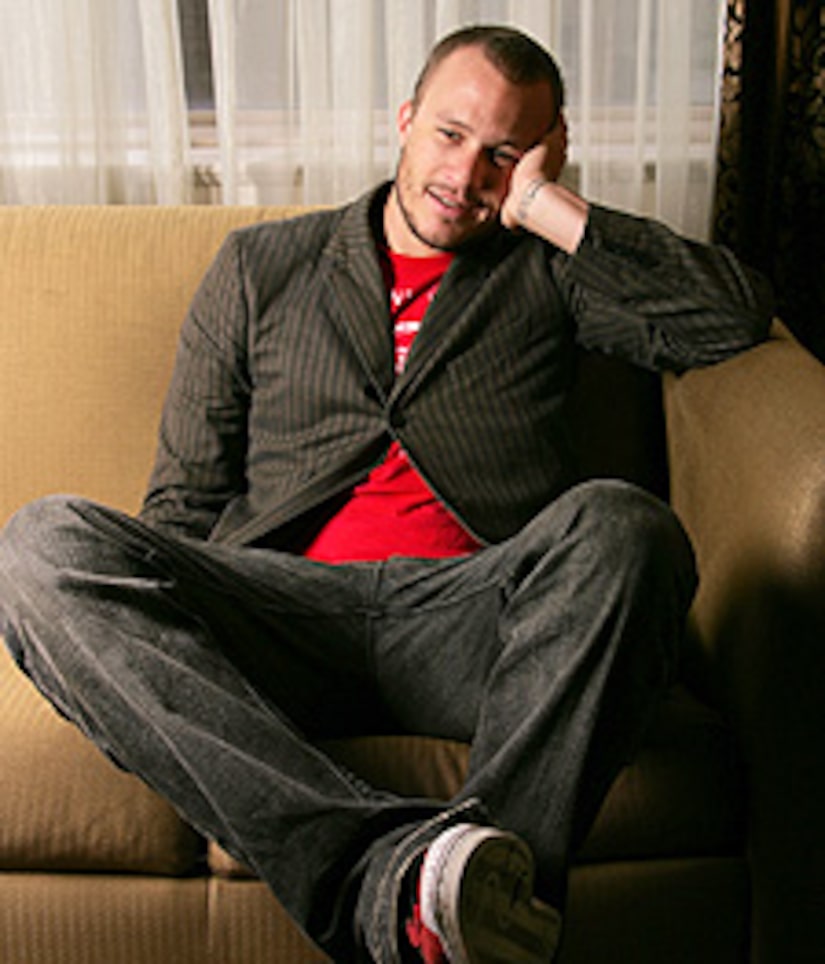 Police say a rolled up $20 bill was found near his body, but no illegal drugs were found in his apartment. Police officials didn't elaborate on whether they think the bill was used to ingest drugs.

The NYPD released the new information today, the same day that an autopsy report on Heath's death came back inconclusive.

The bill will be taken to a lab for testing, but police said no visible drug residue was found on it.

Heath, 28, was found naked and face-down at the foot of his bed yesterday in Manhattan, with several bottles of sleeping pills nearby. His death has sent shockwaves through Hollywood, as friends and colleagues remember him a down-to-earth friend, a loving father and promising actor.