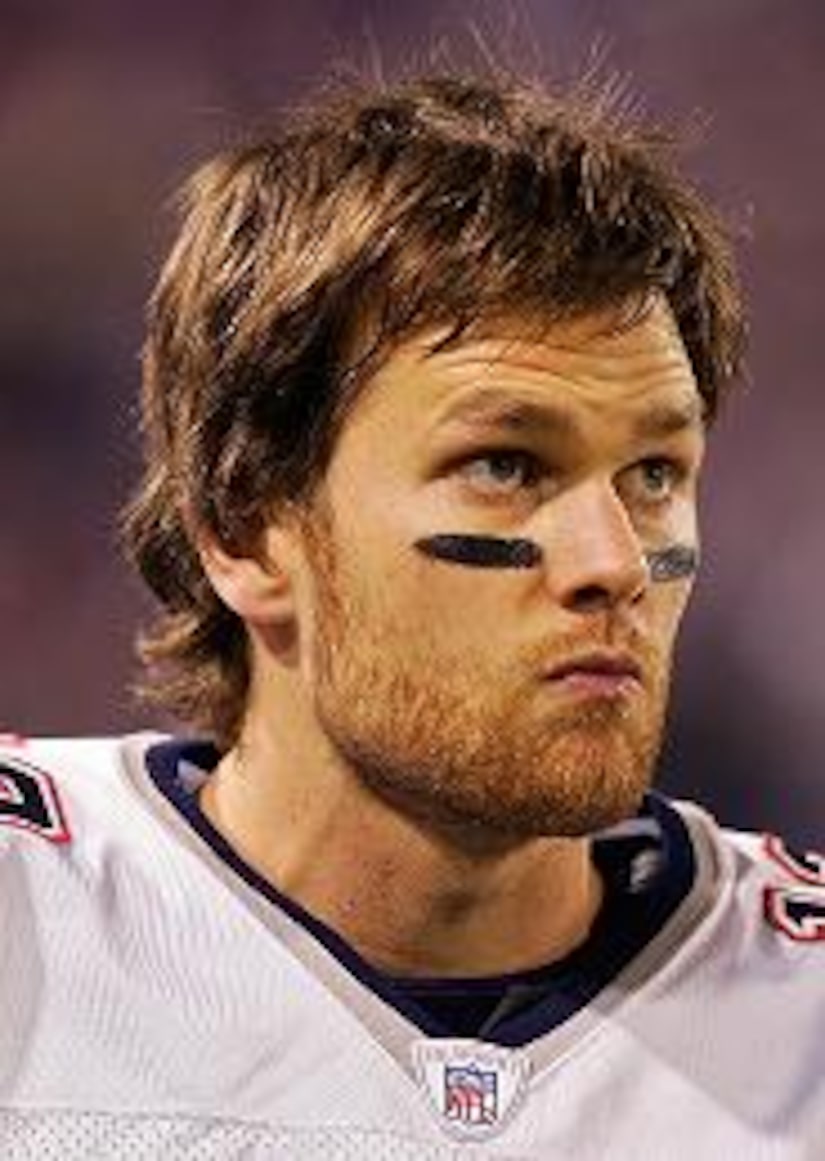 All of New York is buzzing over new photos of New England Patriots quarterback Tom Brady in a cast!

Giants fans are rejoicing at the sight of Tom strolling around the Big Apple with a wounded foot. The star player was snapped taking flowers to supermodel girlfriend Gisele Bundchen.

But something sinister may be afoot, because "Extra" spotted him just hours later - no cast in sight - leaving New York hotspot Butter with Gisele! Now fans are wondering if Tom was just trying to trick the Giants.