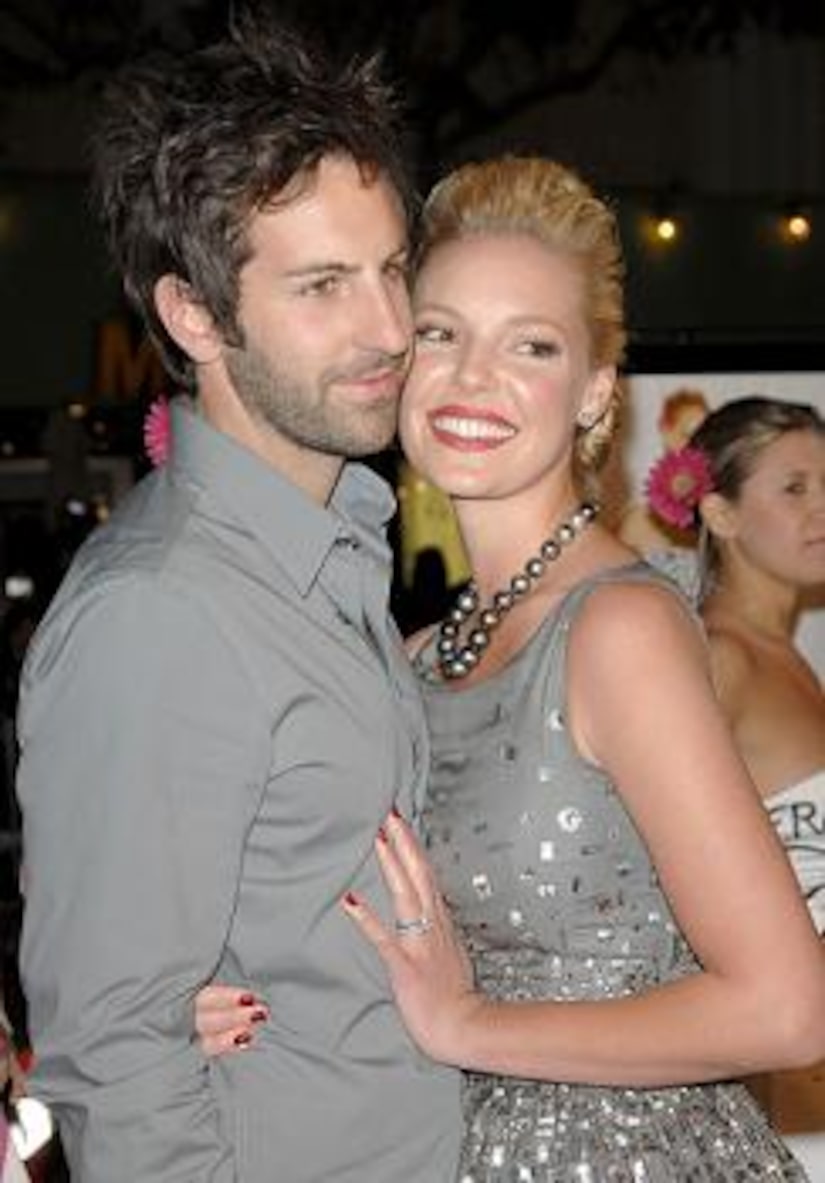 Josh Kelley, stopped by the "Extra" studios for a private concert and discusses his recent nuptials with actress Katherine Heigl. His new CD, Special Company, hasn't hit stores yet, but Kelley is already number three on iTunes. "I've never been in the top ten, so it's an amazing feeling. Hot diggity dog!" he exclaims.

Kelley admits that being hitched has changed him saying, "Now that I'm married and I know that she [Heigl] hates it when I'm gone for two months, we came up with a compromise. Two weeks on, two weeks off unless I'm touring with the Rolling Stones."

When asked about meeting his future wife while filming a music video together, Kelley reveals that it was a "huge day of joy." On his first impression of Heigl, Kelley says, "I just remembered that I thought that she was really funny and really beautiful and I liked the way she laughed. And she was laughing at all of my jokes. And I thought, 'This is great.'"

Stories about their relationship have said that Heigl admitted to making the first moves with Kelly but he sets the record straight. "That is so not true. She made the first moves when it came to saying 'I love you' first and things like that because I was trying to hold back and play it cool. I was the first one to ask her out to dinner after the video shoot," Kelley explains.

In regards to his wife's on-screen love scenes, Kelley says, "I'm not a big fan. I'm okay with it now but it's really weird. I don't know how anybody can get used to it. I don't think she would want me to get used to it