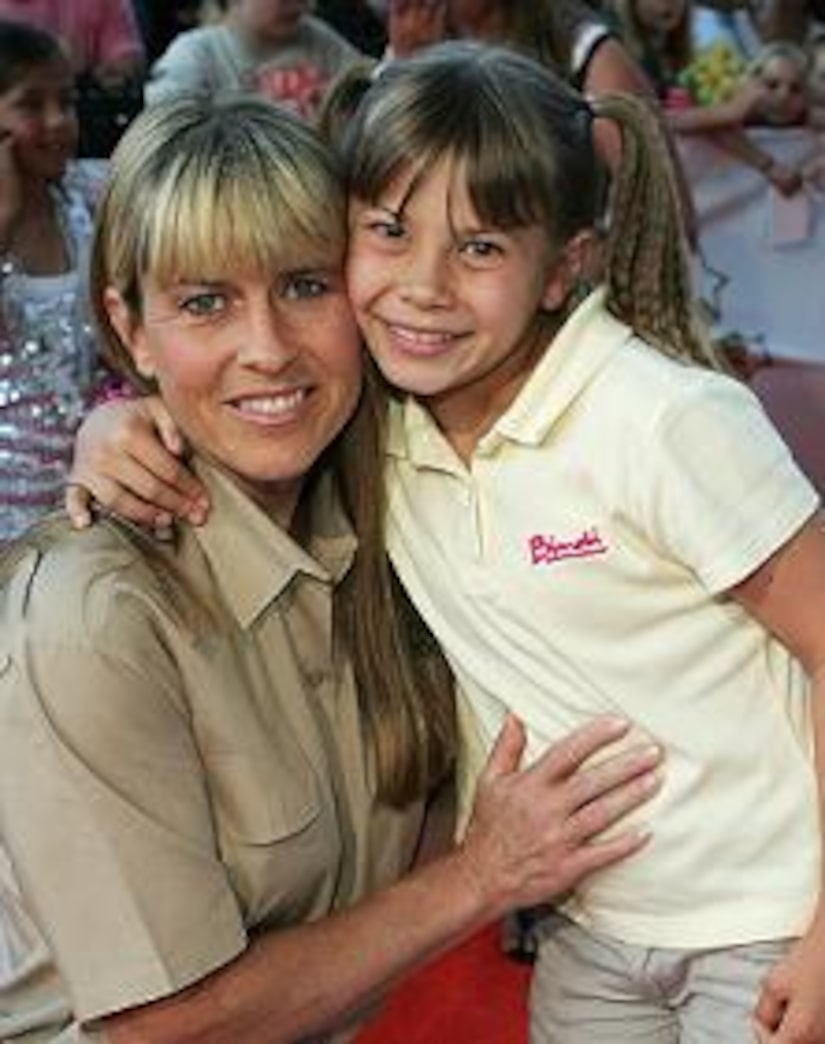 Aussies Terri and Bindi Irwin are taking America by storm, and "Extra" was their first stop to promote Australia Week here in the U.S. And despite the tragic passing of beloved "Crocodile Hunter" Steve, the two have not dulled their enthusiasm for wildlife conservation.

Since Steve's death in 2006, Bindi Irwin has kept his legacy alive by traveling the world and supporting his Wildlife Warrior Program. When asked if Bindi thinks her dad is proud of her, she responded, "I hope so. I'm trying my very best."

She continued, "I do have a lot of dreams about him. I believe in angels. I really do think we need to carry on his message."

Bindi isn't the only one who constantly feels her father's presence. "At home, we live at the Australian Zoo so it's all things Steve," Terri said. "I think there's a little bit of Steve guiding us along."

The Irwins told "Extra" that singing superstar Kylie Minogue will be honored as part of G'Day USA: Australia Week event in Los Angeles. "Kylie has made such wonderful contributions to Australia, and Kylie and Bindi are about the same size," joked Terri. Speaking of music, Bindi admitted she's a fan of all genres, saying, "I listen to pretty much anything, from country music to rock and roll."