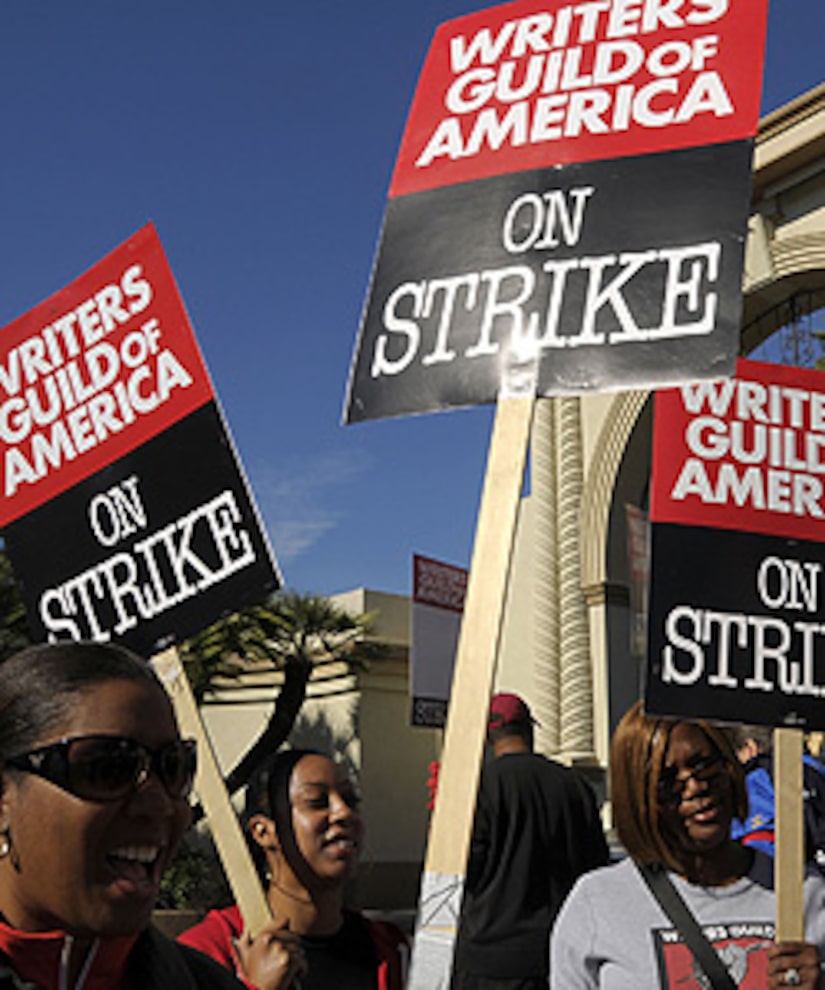 "Extra" has learned that the Academy Awards will not receive a waiver from the WGA. That means the Oscars will be picketed - and stars will likely not pass the picket lines.

"Extra's" Jerry Penacoli went one-on-one with the WGA-West President, Patric M. Verrone, and discussed the status of negotiations. If the Oscars do take place, Verrone said it seems "likely" that there will be picketing at the event, although it hasn't been "decided affirmatively."

The WGA is hoping to make an agreement with ABC before the show. Same goes for CBS with the the Grammy Awards.

Verrone told "Extra" that the fate of the Grammys is still undecided. "That decision hasn't been made [to grant a waiver]. Anything is possible. What's most likely to get the Grammys and Oscars on the air is a contract," he said.

When asked where the negotiations are in this strike, Verrone responded, "The conglomerates aren't talking to us. We're talking to dozens of independent companies. We're hoping that we get a call sooner, rather than later, from some of the majors. Until we do, we're just going to continue making some of these independent agreements that are putting people back to work."

George Clooney has mentioned setting up a mediation panel to help settle the strike - so will he be helping Verrone?

"I'm certainly a fan of his work. We're able to do this [negotiate]. We have been doing this with the independent companies without a mediator," he said. "I think what's needed is the resolve and determination of the conglomerates to bargain seriously and fairly...if Mr. Clooney can help us with that, we'd very much appreciate that."