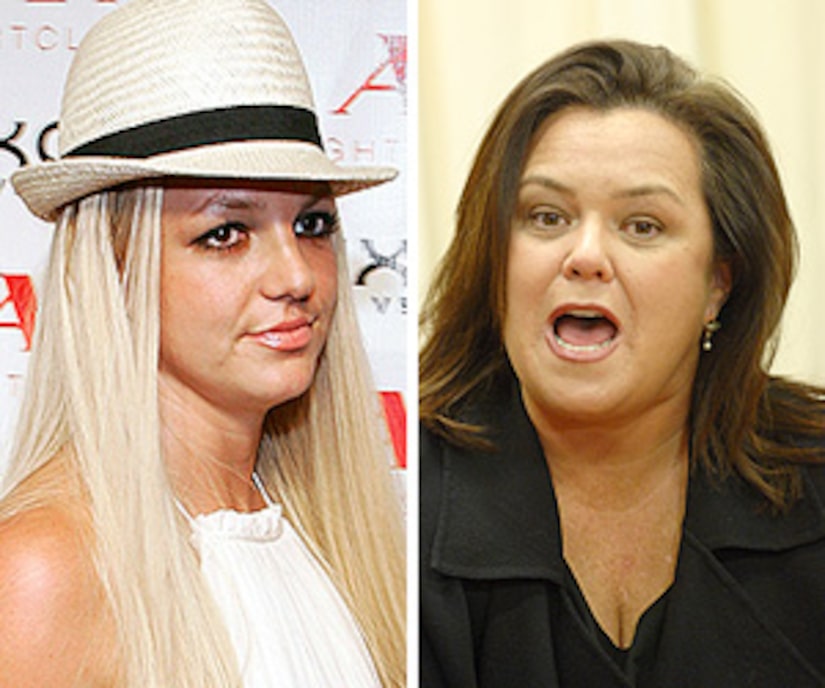 The former "View" co-host, clearly troubled by Britney's latest meltdowns, writes on her blog that Britney may be heading down the same path as Diana, who died in a Paris car crash after being chased by paparazzi.

She writes, "She will be trying to get away, but they will chase her, just as they chased her into that church yesterday. There were dozens of them, jostling their way into sanctuary, elbowing past each other, just to creep closer to her. Even her last-minute, folded-hand prayers can't be kept sacred. There can be no silent moments in a crowd; no silence, and no secrets."

Rosie clearly points the finger at the photographers and calls Britney a "baby girl," acknowledging that Brit, 26, never had much of a childhood.

"At eight years old, she bravely stood before a microphone. By 17, she had sold 25 million records. Where were the sidewalk-skinned knees, the chalk stained hands, the monkey bars, the passed notes? A Disney set is not a childhood, no matter how many bright colors they use, or how cheerful the script.

"Not a girl, barely even a woman yet, they chased her. A mob of stalkers for whom no stalking laws have been written. Smother. Crush. Flash. Photo Credit. Even Dr. "Get Real" Phil got in on the action. Unreal.

"83 million albums sold so far. How many pictures?

"The tunnel is crowded now. There are only inches of separation between vulnerability and disaster."