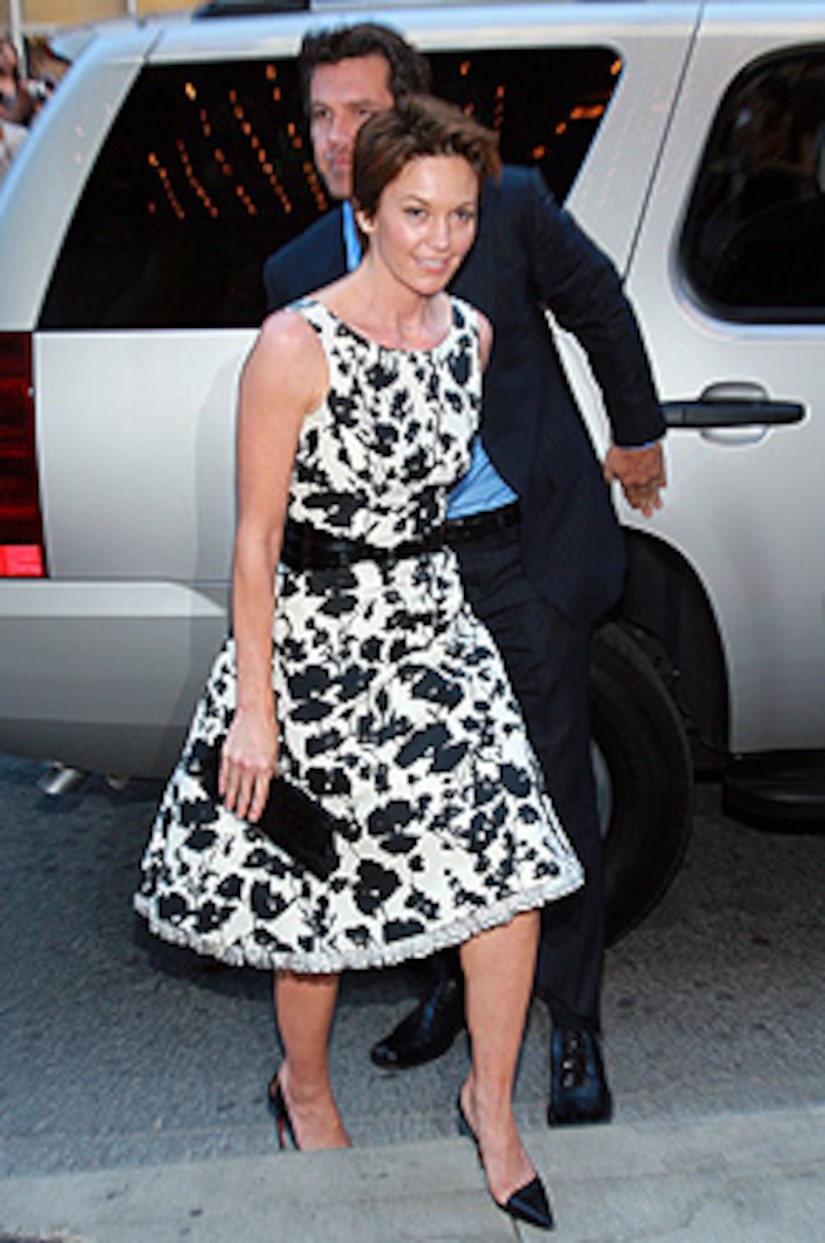 Diane Lane is breaking some big news to "Extra" - she's taking a break from movies and leaving the acting to husband of nearly four years, Josh Brolin.

The gorgeous star, next up in the thriller "Untraceable," has no plans to retire. She'll just focus on her role as a stay-at-home mom to her teenage daughter and doting wife.

In fact, Mrs. B is beaming about her husband's red-hot career after his critically acclaimed performances in "American Gangster" and "No Country For Old Men."

"My buttons are bursting," she said. "He deserves every good thing coming to him."