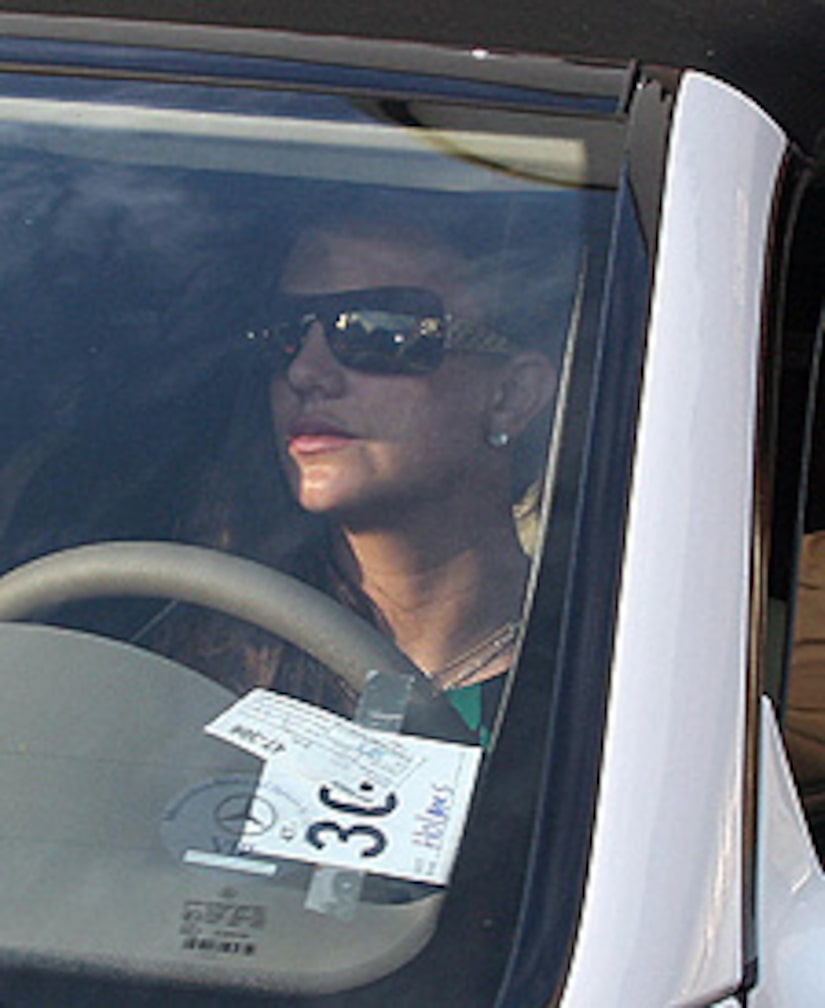 "Extra" sat down with X17 photographer, Fabrizio Mariotti, who was trailing Spears when the pop princess suffered a flat tire. Luckily for her, the paparazzo came to her aid.

"We've been working on her for awhile now. She kind of knows us," he said. "I offered to pull next to her and offered to help. At the beginning, she didn't want to. She was trying to get someone else."

But once Brit realized her car was busted, she hopped in his car and started to play a Timbaland CD on their way back to her house. According to Mariotti, she was busy sending text messages and wouldn't answer him when asked about her weekend [with Adnan Ghalib].

Contrary to other opinions, Mariotti thought Britney seemed normal, saying, "She looks totally fine. She has her feet on the ground. Totally. She doesn't seem to be on drugs. I was surprised. She's an awesome person."

Upon dropping her off, Mariotti went inside her home and blasted reports that her home is in disarray.

"The house looks amazing," he said. "It's all neat. It smells great. It's beautiful."

When asked about his personal relationship with the troubled star, Mariotti responded, "We're [X17] always there for her. She likes us. She gets familiar with us. We've chatted before."