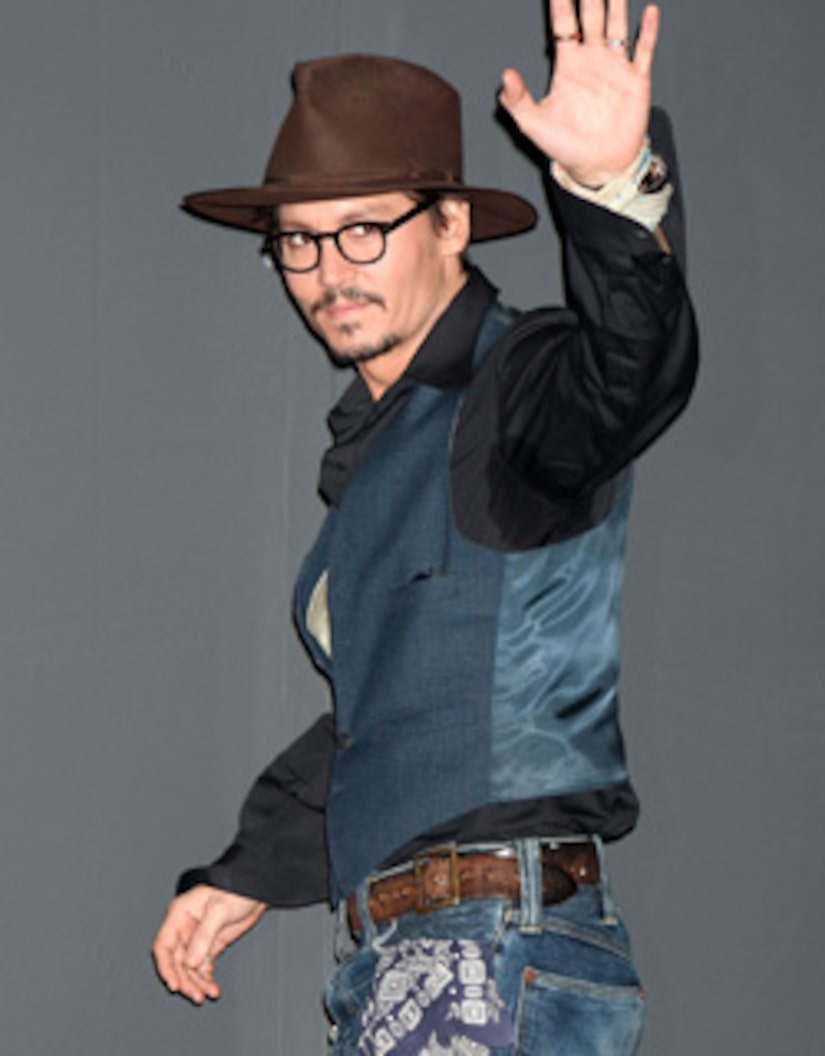 The People's Choice Awards went on as planned last night with a strike-friendly, revised format, and Johnny Depp and Reese Witherspoon have emerged the big winners.

The two won favorite male and female movie stars, though their acceptance speeches were prerecorded. Host Queen Latifah carried the show through in a newsmagazine format, directly addressing the cameras and walking around an empty stage.

"I know this show's a little different than last time," she told the viewers. "But we have what's important - you, the people, and all your favorites all night long."

_ Reality show: "Dancing With the Stars"

_ Movie: "Pirates of the Caribbean: At World's End"

_ Movie drama: "Harry Potter and the Order of the Phoenix"

_ "Threequel": "Pirates of the Caribbean: At World's End"

_ Pop song: Justin Timberlake, "What Goes Around ... Comes Around"

_ Hip-hop song: Timbaland featuring Nelly Furtado and Justin Timberlake, "Give it to Me"

_ Song from a soundtrack: "You Can't Stop the Beat" from "Hairspray"