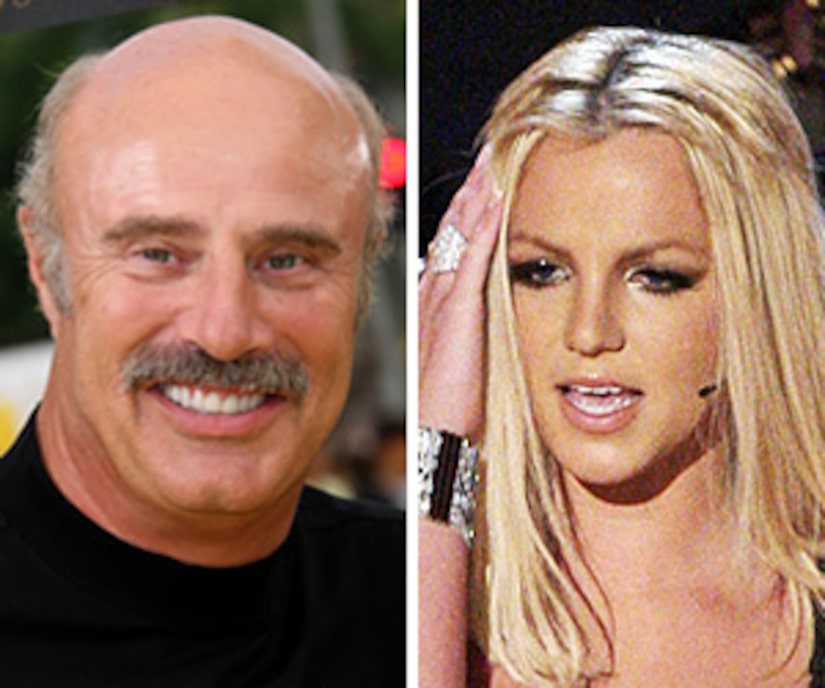 Dr. Phil McGraw is hitting back at criticism surrounding his visit to Britney Spears, insisting that the Spears family asked him to intervene.

"I went to see Britney at the request of her family, I talked to [her mother] Lynne, I talked to [her father] Jamie, I talked to Bryan, her brother," McGraw told CBS's "The Early Show" today. "They were very frustrated that she apparently wasn't going to be held for a longer period of time."

Explaining that he has had "a running dialog" with the famous family for over a year, McGraw continued, "Thursday night, the phone rang, and it was Lynne - and she has a very close relationship with my wife, Robin - and, clearly, she was very upset, which you would expect, as any parent would be."

Britney was strapped down to a stretcher and taken to L.A.'s Cedars-Sinai Medical Center after a standoff with police Thursday night when she refused to hand her sons back to Kevin Federline. She was admitted under a "5150 Hold," which means she was considered a danger to herself or others. She was supposed to be held for 72 hours, but it is assumed she was released because doctors determined she no longer required treatment.