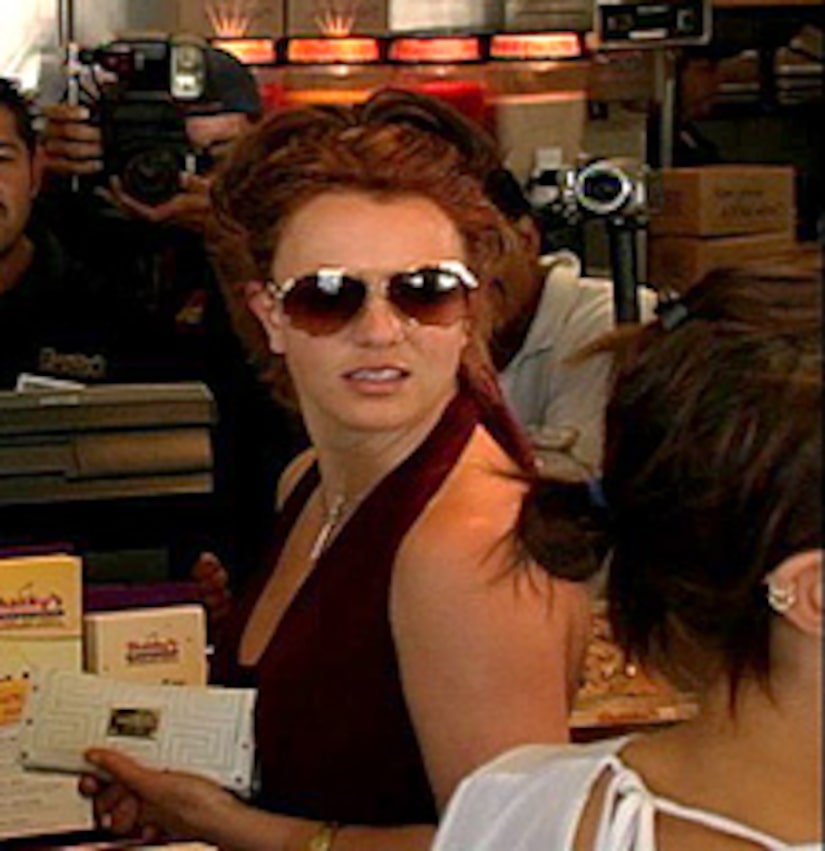 Rumors are continuing to swirl about what may have caused Britney's shocking breakdown.

Though some reports say Britney suffers from undiagnosed bipolar disorder, one published report says Britney downed 100 pills in the 36 hours leading to her hospitalization.

A British tabloid says the troubled star took 10 sleeping pills, 12 Vicodin pills, six Ritalin pills and 10 Zantac pills. She then reportedly drank NyQuil and Vodka before police were called to her home.

In addition, a shocking new report claims that Brit, 26, had a gun at her Beverly Hills home and alarmed Kevin Federline so much that he called the cops. But LAPD officers have said that no guns were involved in Thursday's meltdown, calling the incident "a custody dispute."