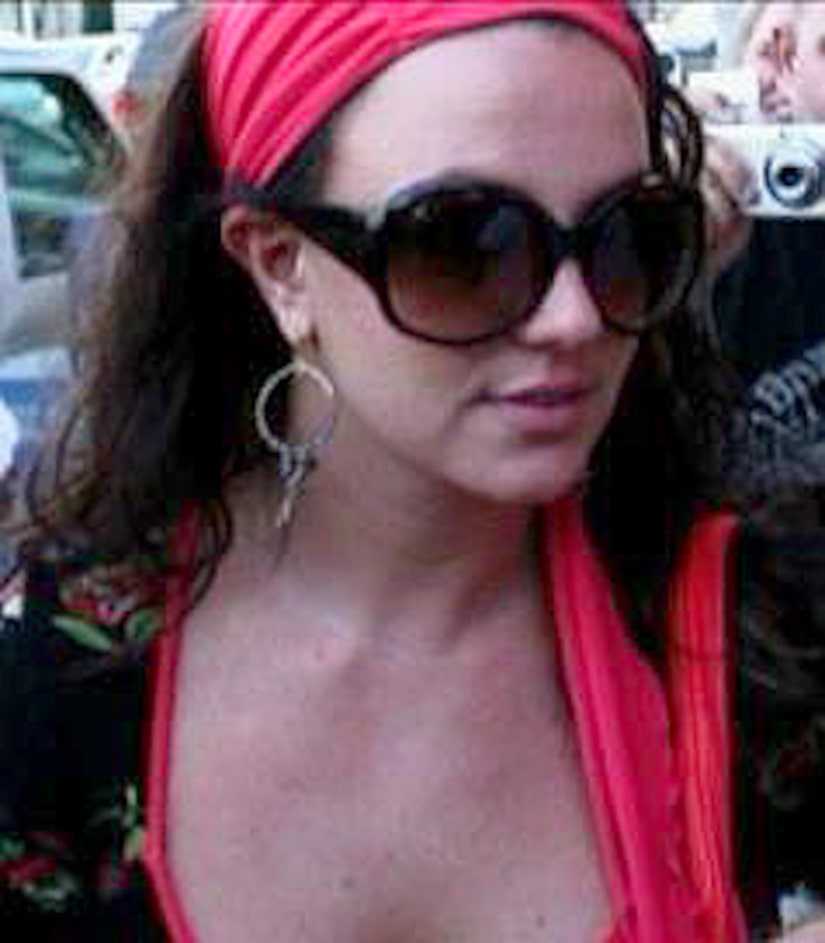 As if things couldn't get any wilder in the life of Britney Spears, the pop star just upped the ante.

In one weekend, Britney was caught smoking at a gas station, getting into a verbal smackdown on the phone, throwing her camera at a pack of paparazzi and then taking a lensman home for the night.

On Saturday, Britney was seen driving aimlessly through Los Angeles before seeing a mural on the side of the road that she decided to take pictures of. But when paparazzi jumped out of their cars to snap Britney instead, she became enraged, cursing and throwing her camera at them. When her memory stick popped out, she then accused the lensmen of stealing it.

Later, the troubled star made a pit stop at a local gas station and was overheard screaming into her phone, “You're not listening to me! I said I want that studio!” Then, as she sat in her car, she lit a cigarette and puffed away.

At one point, Britney made a stop to a local Walgreens where she filled up on toys. But she raised eyebrows when she spoke in a British accent to the store employees.

Finally, Britney and a paparazzo were seen arriving at The Peninsula Hotel in Beverly Hills, where they reportedly spent the night. The man was seen emerging from the hotel around 4:00 a.m. smoking a cigarette.