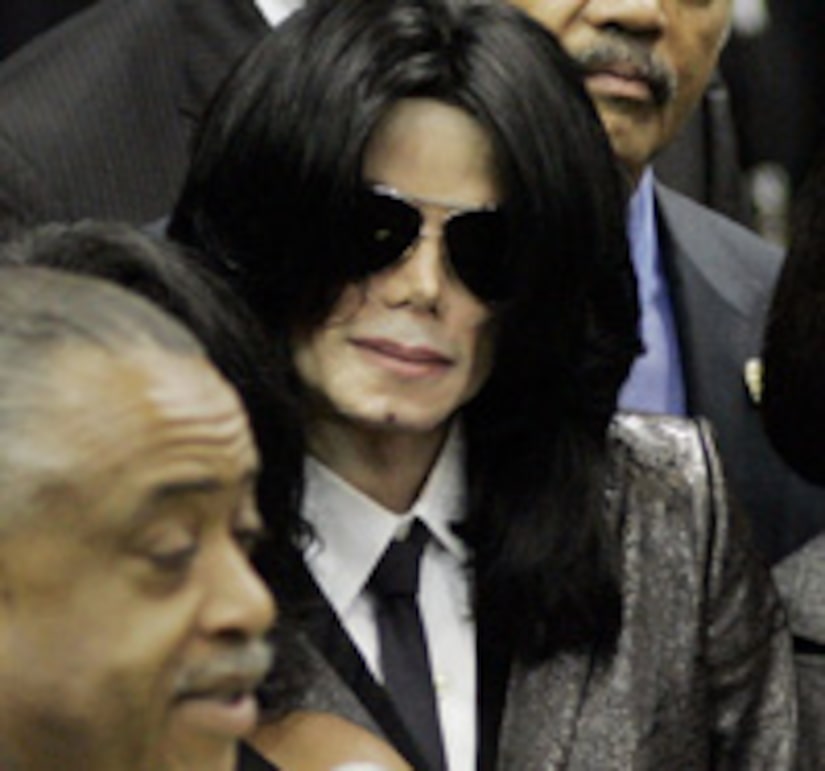 Is Michael Jackson in the middle of a plastic surgery nightmare?

Reports are surfacing that the former King of Pop was rushed into emergency surgery after his young son, Prince Michael II, accidentally punched him in the face, causing his lips to "burst."

Last week, he was photographed with bandages on his entire face during a shopping trip in Las Vegas.

Jacko has reportedly been looking for gigs in Sin City for hundreds of thousands of dollars, but rumors has it club owners aren't interested. However, Michael's rep tells "Extra" today that reports of Michael shopping for club dates are "untrue."