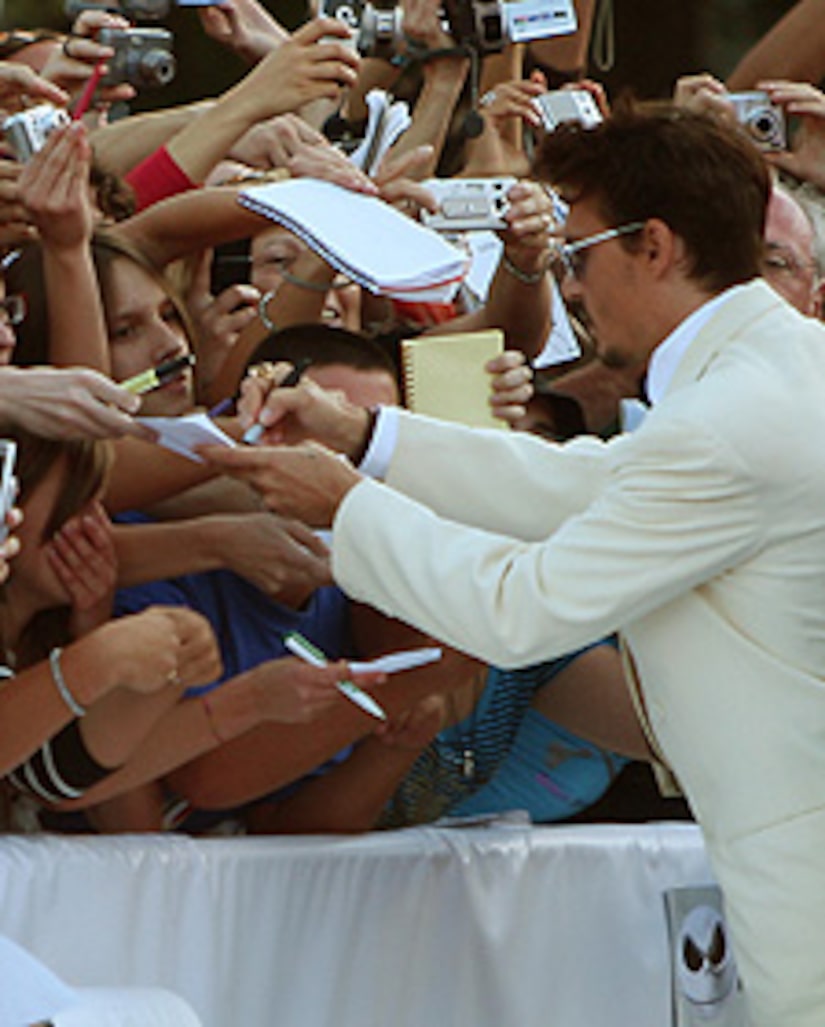 Johnny Depp has landed at the top of the list for Autograph magazine's "10 Best and 10 Worst Hollywood Signers."

The "Sweeney Todd" star, 44, "likes to talk to fans and get to know them while signing," says the mag.

Russell, 43, must have had a change in heart, because he ranked among the worst signers on the list last year.

And who is the worst celebrity signer this year?

The funnyman scores the lowest on the list, along with Tobey Maguire, Joaquin Phoenix, William Shatner, Renee Zellweger, Bruce Willis and Scarlett Johansson.

However, the mag adds, "Just because they're on the worst list doesn't mean they're bad people."