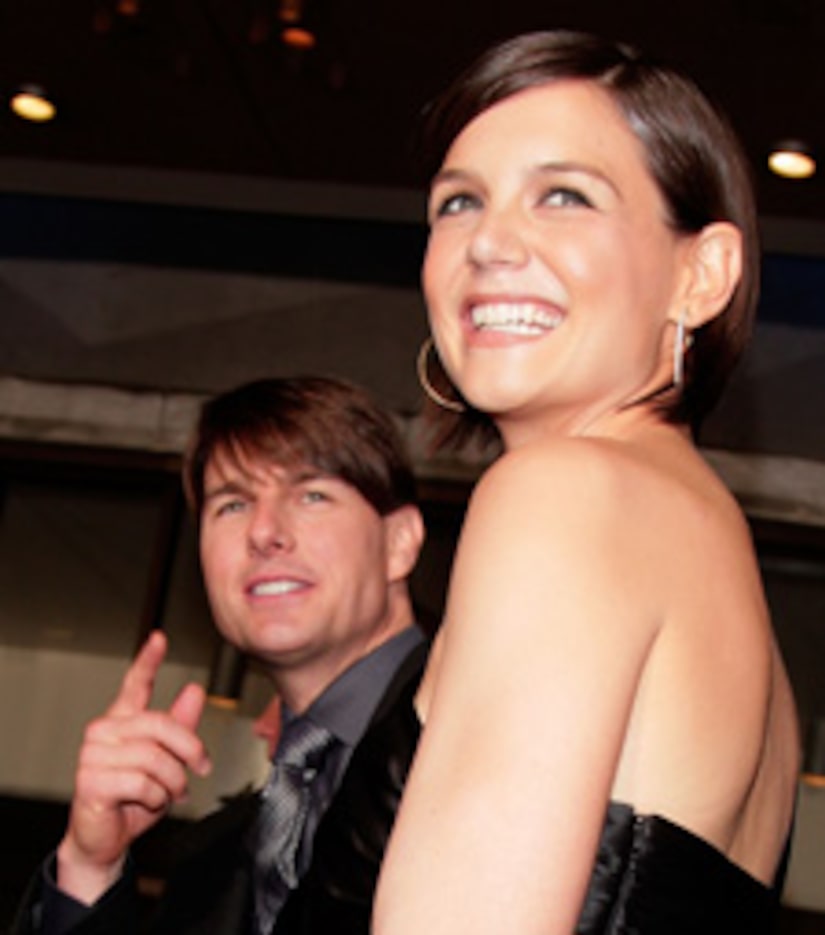 Katie Holmes is telling the new issue of In Style that her marriage to Tom Cruise has completed her.

"I try every day to let him know how much I love him," Katie says of her husband of one year. "It gets better and better. It has made my life."

Calling her love with Tom, 43, "all-encompassing," Katie, who turns 29 next week, says falling for her superstar husband was easy.

"It happened quickly, but I was certain it was what I wanted," she says. "I never felt overwhelmed. I thought, Okay, good. Here we go."

In just two years, Katie became a wife and mother. When Suri was born last year, Tom was "by my side the whole time. I couldn't have asked for a more supportive human being. He had the room ready, candles everywhere, pictures in frames. It was very homey and beautiful."

Now Suri is "talking up a storm, running around, so aware," she says. "She loves coloring and creating. She's a great mimic and dancer. She came to the photo shoot and was all into the shoes."

So are more kids in the future?