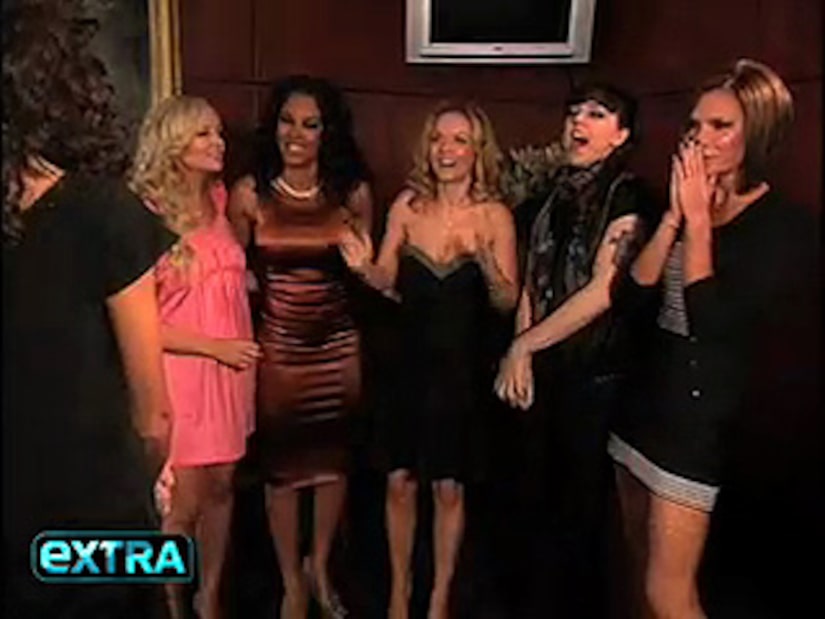 As the Spice Girls make headlines with their reunion tour, they're reaching out to a fellow performer who's making news for all the wrong reasons: Britney Spears.

"We're all big fans of Britney," Mel C. told "Extra." "If there is any problem, hopefully we can give some advice. You never know."

Added Victoria Beckham, "There are so many things said about everyone, you never know what the truth is."

"If she needs a girlfriend," said Melanie, "we're there for that."

Right now, the girls are wowing Hollywood - along with Tom Cruise, Katie Holmes and little Spice fan Suri - with their glamorous shows. The British divas, together for the first time in years, have also spiced up a new greatest hits CD.

So how have the girls changed since they burst onto the scene nearly ten years ago?

Pointing to Mel B., Geri "Ginger Spice" Halliwell said, "This one, Scary, is now Nice Spice!"

"I've got a new Spice Girls name for you, actually," said Posh, pointing to Geri. "'Tits Not So Big Now Spice!'"

Explained Geri, "I had a baby. Basically, she sucked the life out of them [her breasts]! And I haven't gone down the Hollywood route. They're all natural!"