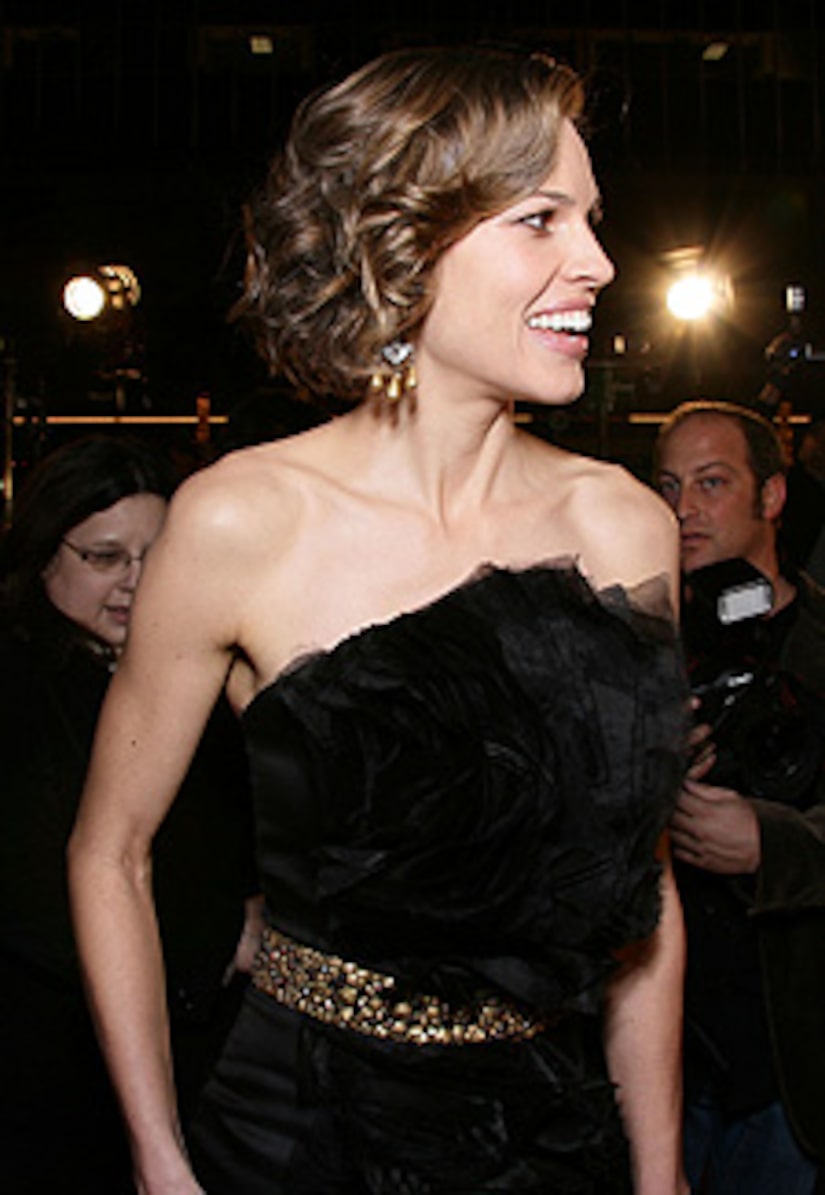 Take a whopping 45 vitamins a day!

The Oscar-winner tells the new issue of W magazine that she sucks down the pills for good health.

"I just took my most important ones, which are my Oz Garcia Longevity Pak," Hilary, 33, tells the interviewer. "I shoved them in my mouth right before I met you, which I actually shouldn't do, because I choked on my vitamins once before."

"Exercise is also really important to me," she says. "I think it gives me more energy. I would rather sleep six hours and get an hour workout than sleep seven hours."

Hilary also admits that she's "in love" with her agent boyfriend John Campisi. The two started dating in 2006 following her split from her hubby of eight years, Chad Lowe.