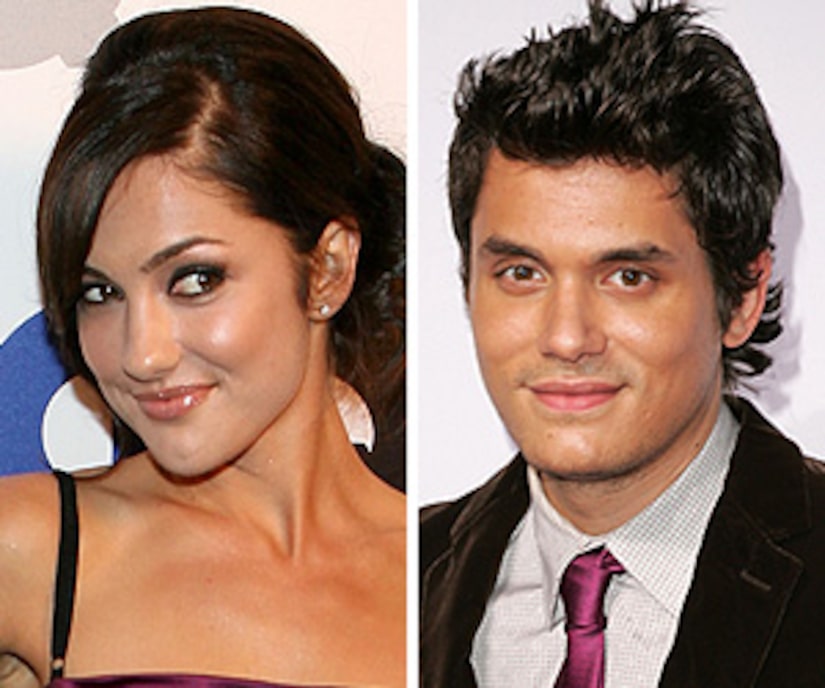 John Mayer was just linked to on-again, off-again flame Cameron Diaz, but it appears the musician is now back with his old flame, Minka Kelly.

John and the "Friday Night Lights" co-star were spotted looking mighty happy - and very cozy - outside a Hollywood club this weekend.

Just last week, John was linked back to Cameron after reports surfaced that the two had enjoyed several intimate dinners in New York.