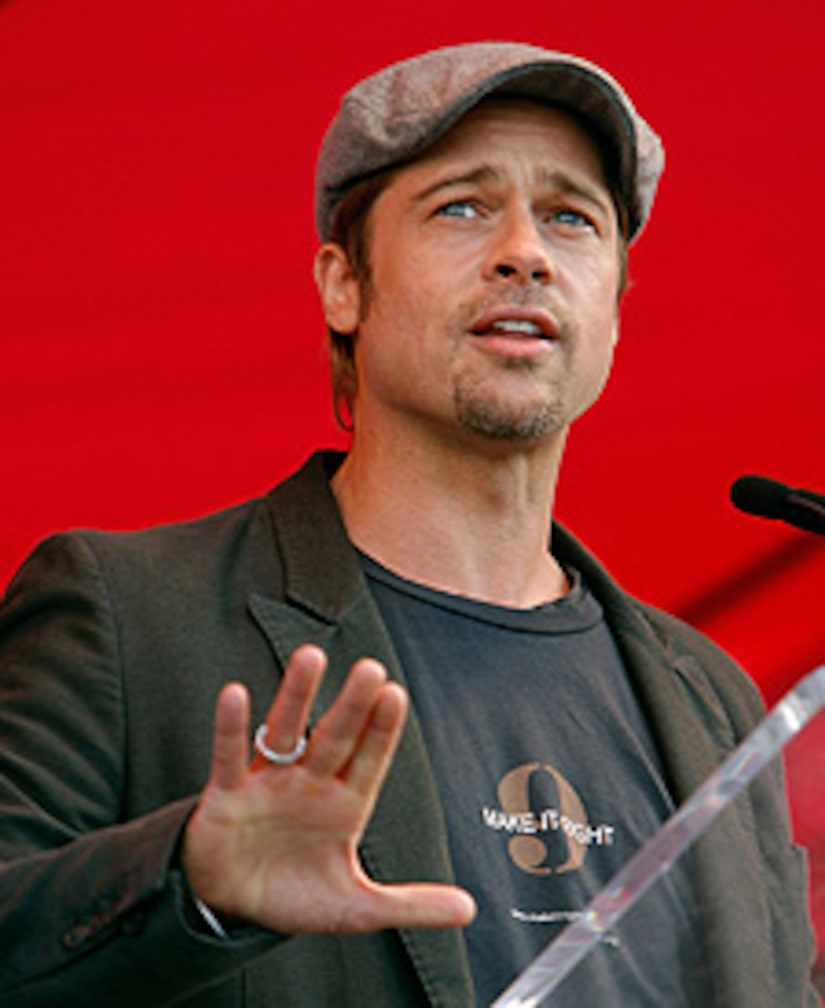 Is Brad Pitt about to kiss Hollywood goodbye?

That's the hint he dropped on “Larry King Live” when he said, “It's become less and less a focus as I get older. I think it's really more of a younger man, younger woman's game."

In the interview, set to air today, Brad tells Larry King that he hasn't ruled out Hollywood completely.

“I'd like to drop in if I'm still invited every few years or so," he said. “At this point, I'd rather -- it takes so much time, [and] there's just other things I'd rather be doing.”

Among the projects big-hearted Brad is undertaking is the rebuilding of New Orleans. On Monday, he announced that his Make It Right project will help build 150 eco-friendly homes in the Lower 9th Ward, a section of the Big Easy that was devastated by Hurricane Katrina.

Brad, 44, is using the press to bring attention to the environment because “the press uses me,” he said.

But the level of attention he receives can be too much – especially for his four kids with Angelina Jolie.

“My kids believe that any time you go outside the house, it's just a wall of photographers, people that take your picture,” Brad said. “That is their view of the world. I worry about the effect it will have on them."