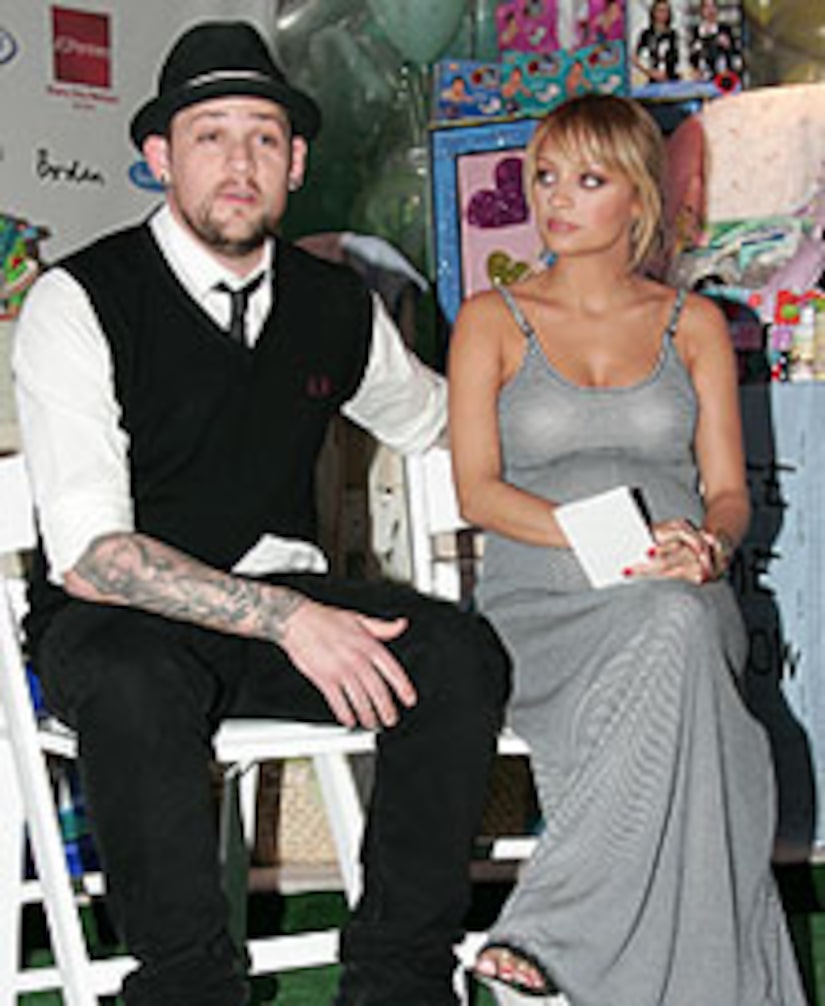 Nicole Richie and Joel Madden hosted a surprise baby shower yesterday for 100 new and expectant moms, handing out more than $200,000 worth of gifts.

The parents-to-be, whose baby is due in January, surprised the Los Angeles Free Clinic in Hollywood with Baby Bjorn products, toys and cribs.

The surprise shower is part of the couple's new charity organization, The Richie Madden Children's Foundation, set up in honor of their baby.

Joel told reporters after the shower that the idea for the foundation came when the couple found out they would soon be parents.

“We grew up in Los Angeles, and we want our child to be a part of the community, and to know that there's a responsibility to help the community,” he said.

He added, “We don't really get to share our lives with people. It's nice to connect with people on a real level."