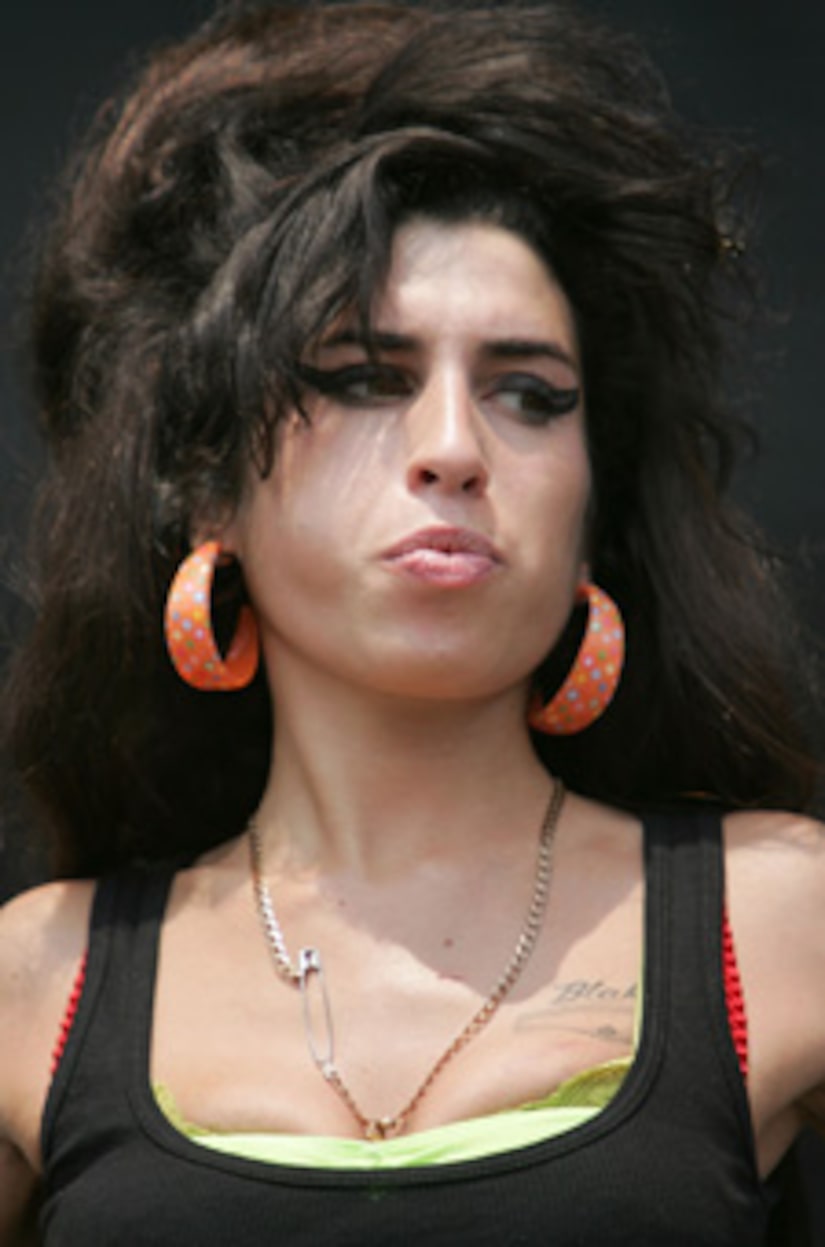 Troubled singer Amy Winehouse was caught by paparazzi wandering barefoot and half-naked on a chilly London street on Sunday night.

The “Rehab” singer, who has been plagued with rumors of heavy drug use, emerged from a friend's apartment around 5:00 a.m. night wearing only a bra and jeans.

British tabloids claim the singer, 24, mumbled “something incomprehensible” before heading back inside. Her rep says that Amy had simply been awakened by a sound and was simply looking around for what had caused it.

This latest episode comes just weeks after Amy canceled all her performances at the urging of her doctor, who said that the “intense emotional strain” she's been under for the past few weeks has taken its toll.

Amy's husband, Blake Fielder-Civil, 25, was recently jailed after allegedly trying to interfere with his trial on assault charges by manipulating a witness.

On her Web site, Amy explained, “I can't give it my all onstage without my Blake.”