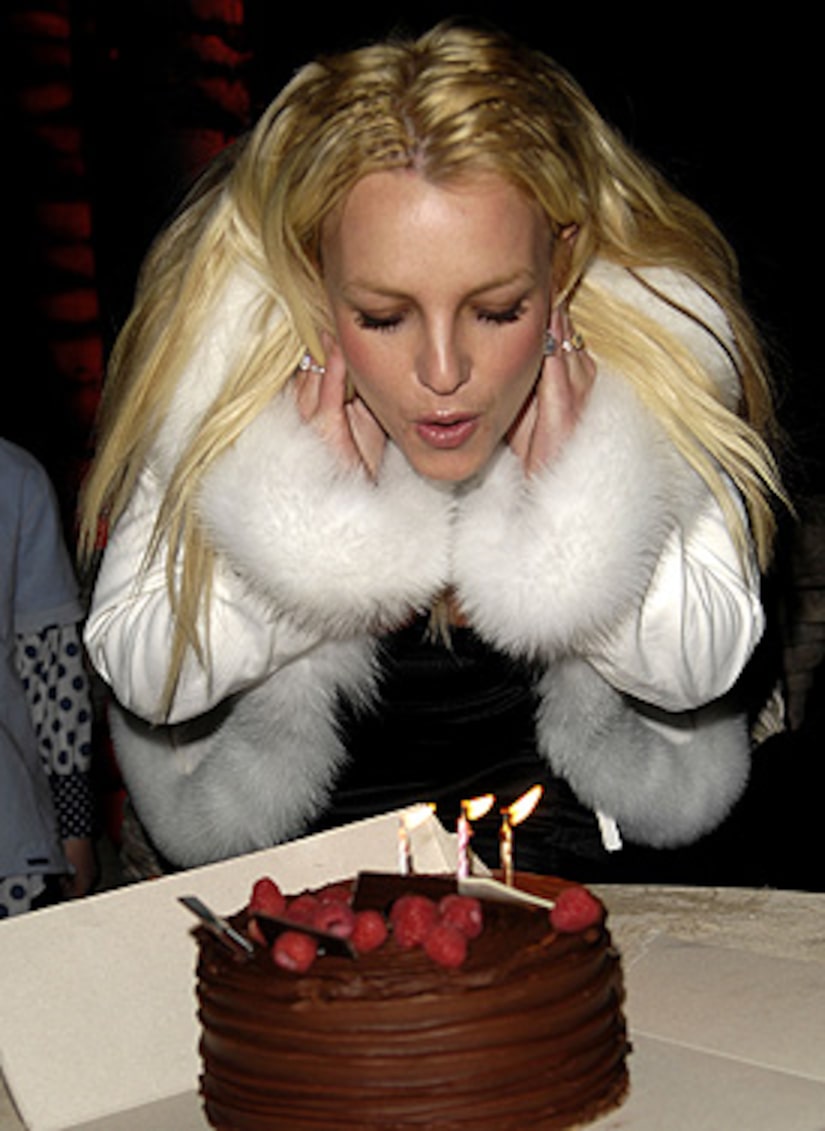 Britney Spears celebrated her 26th birthday this weekend with - who else? - Paris Hilton.

The party-loving starlets, who famously clubbed together just before Britney's head-shaving fiasco, met up at the Scandinavian Style Mansion in Bel Air, Calif. to sing "Happy Birthday" and dine on chocolate cake.

Brit's pals Alli Sims and Sam Lufti were by her side as Britney blew out the candles. She later reportedly visited the gifting suite at the mansion, where she took home thousands of dollars in free clothes.

But the party didn't stop in Bel Air. Brit and Paris headed to the Four Season Hotel in Beverly Hills, where the two partied until sunrise and happily posed for paparazzi.

Of course, when Britney has a night on the town it doesn't come without drama. X17online.com reports that when a few paparazzi got too close to the pop star, they got pepper-sprayed by security!

No one was seriously injured.