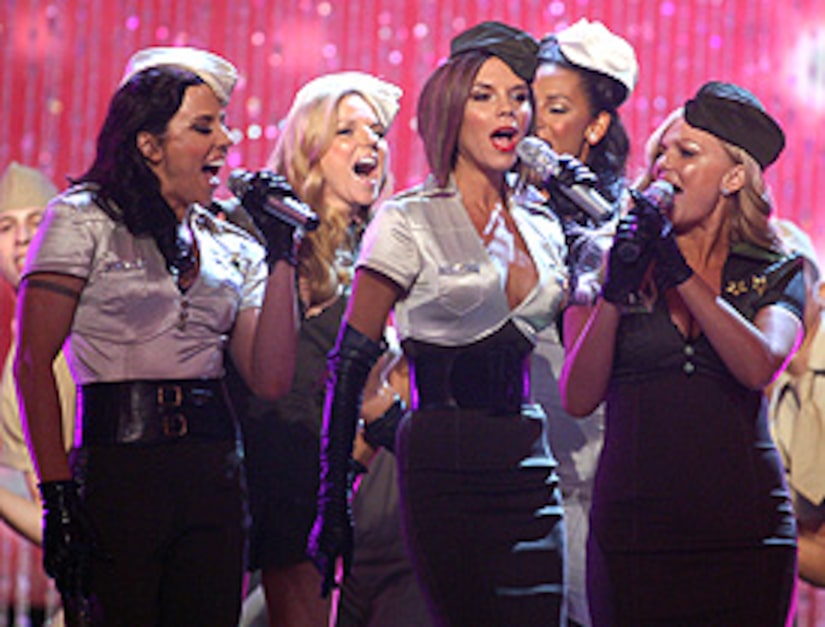 The Spice Girls have shared a lot in their ten years as a group. Now, their children are sharing chickenpox!

Geri Halliwell told British show GMTV that her 18-month-old daughter Bluebell caught the bug from Victoria Beckham's son, and she had to leave her home while the girls prepare to kick off their tour in Vancouver.

"Bluebell caught chickenpox from Cruz," Geri revealed. "She's now completely pelted now so I left her at home. Normally they're running around the set."

Between the five girls, there are seven littles ones running around. Victoria has three sons with David Beckham, Brooklyn, 8, Romeo, 5, and Cruz, 2; Mel B. has two children, Phoenix Chi, 8, and baby Angel Iris; and Emma Bunton has a baby boy, Beau. Melanie Chisholm doesn't have any kids.