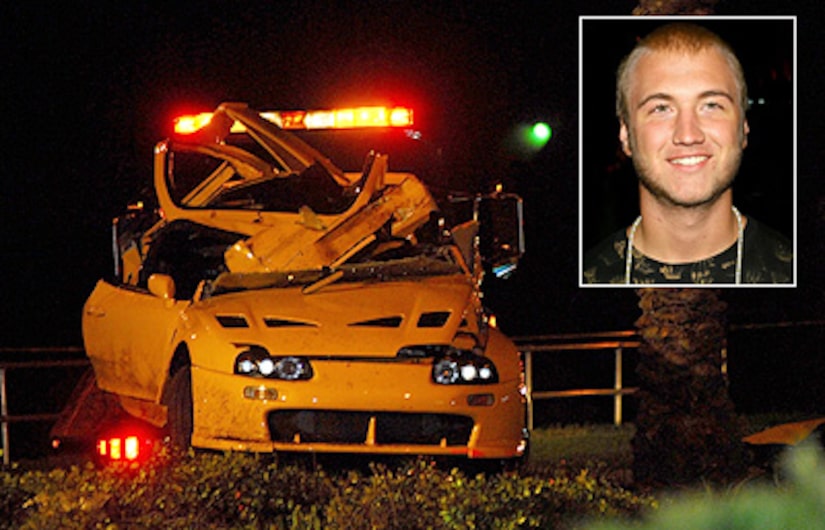 “Extra” has learned that Hulk Hogan's son Nick Bollea was driving around 100 mph the night he wrapped his car around a tree in Florida, leaving his passenger with serious brain damage.

According to documents released by the Clearwater Police Department in Florida, a passenger that was allegedly racing Nick on Aug. 26 confirmed that they were driving at high speeds.

Nick, 17, who had a breath-alcohol level of .02 or higher at the time of the crash, has been charged with reckless driving with serious bodily injury. His passenger, John Graziano, 22, will likely requite lifelong care.

After the crash, Nick told police he was driving just 30 or 40 mph. His attorney is insisting today that his client wasn't driving 100 mph.

According to the documents, an investigator said Nick's speech was "mumbled and soft" and his eyes were bloodshot after the accident.