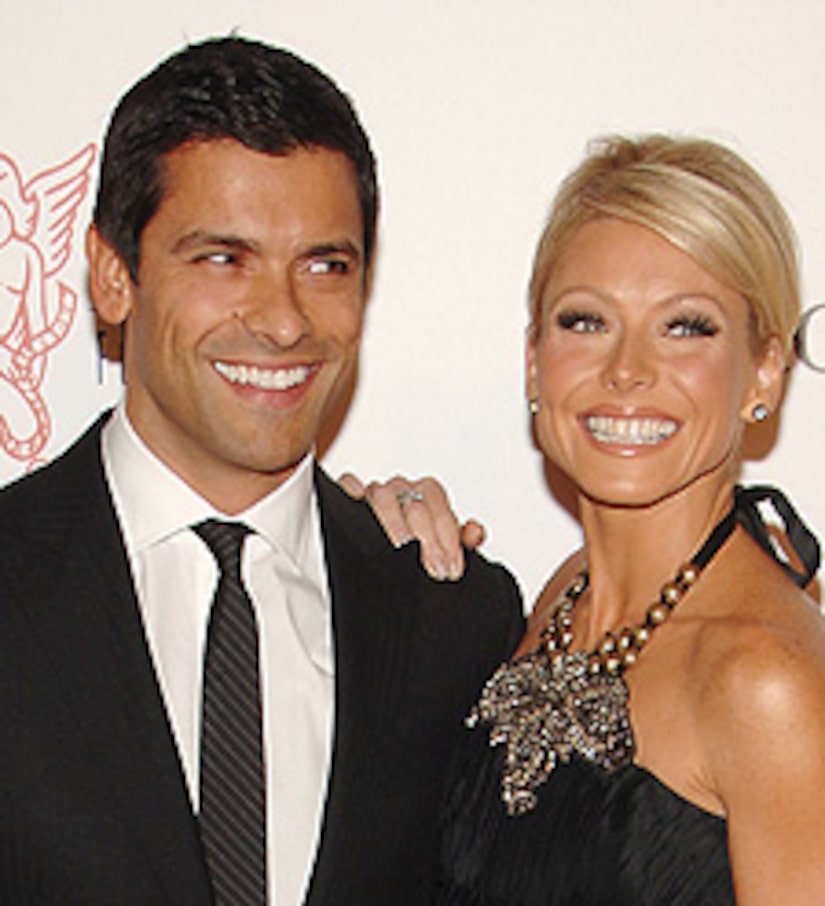 She said her sudden walkout from the “Live!” set yesterday was due to a bad case of the flu, but could Kelly Ripa actually be pregnant?

That's the rumor started today after co-host Regis Philbin joked, “I've got my own theories, and let me tell you: She's pregnant again!"

But perky Kelly, who returned to the show today, quickly shot back, “No, no. That would be nice, though.”

Instead of recovering from morning sickness, Kelly, 37, said she was nursing a simple case of the flu.

“My parents, who are sitting here in the second row, took care of me all night," Ripa said. "They gave me cold compresses and nice hot tea, and they really took care of me. There's nothing like your parents taking care of you when you're not feeling well."

Yesterday, Kelly had to be escorted from the Bahamas set during a commercial break after falling ill.

“She had a little stomach flu, I gather,” Regis told “Extra.” “I thought she was pretty brave to come out and try to finish the whole show, but under the sun and everything, I guess she got a little warm.”