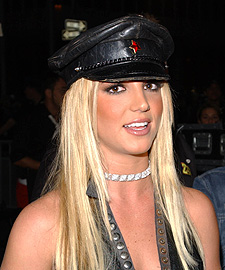 A new report claims Britney Spears has a secret fantasy room in her Mulholland Drive mansion filled with scandalous outfits, whips and handcuffs.

Another wild rumor circulating today claims Brit is pregnant – again. In Touch reports that her ex, J.R. Rotem, is the father, going so far as to claim that J.R. told the mag, “Yes, it’s true.”