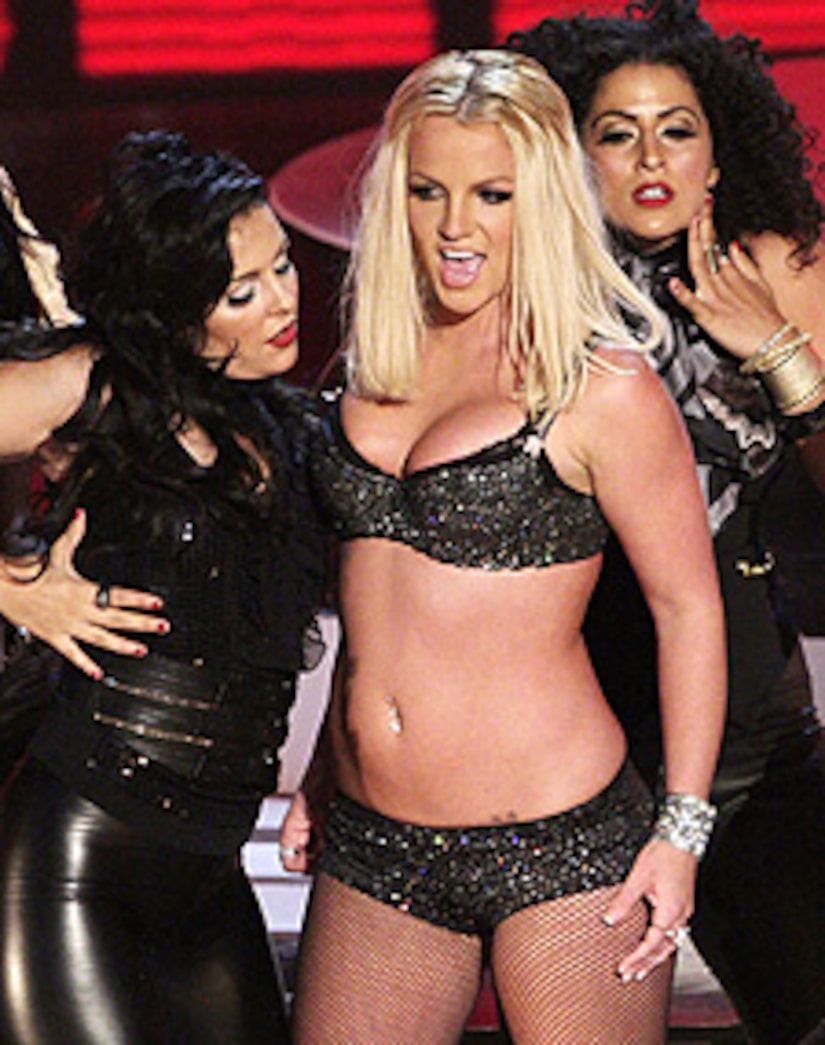 Britney Spears shot the video for her latest single, “Piece of Me,” in Hollywood yesterday – after reportedly leaving the dancers waiting for hours.

Wearing a blonde wig and black trench coat, the pop star, 25, arrived with Pal Sam Lufti to the nightclub Social Hollywood around 7 p.m. to join her group of dancers.

The shoot was reportedly supposed to begin at 8 a.m. Britney had spent the day with her sons, Jayden James and Sean Preston, before dropping them off at Kevin Federline's.

Once Britney arrived, the all-night shoot finally began. The paparazzi-bashing video reportedly has Britney running away from a pack of lensmen as she enters the club. Her dancers, all wearing identical wigs and trench coats, are presumably her decoys.

In the song, Britney takes aim at the paparazzi, singing, “I'm Mrs. Oh My God That Britney's Shameless (You Want a Piece of Me?)…“I'm Mrs. She's Too Big Now She's Too Thin.”

Britney reportedly used a body double throughout the shoot, which wrapped just as the sun began to rise.