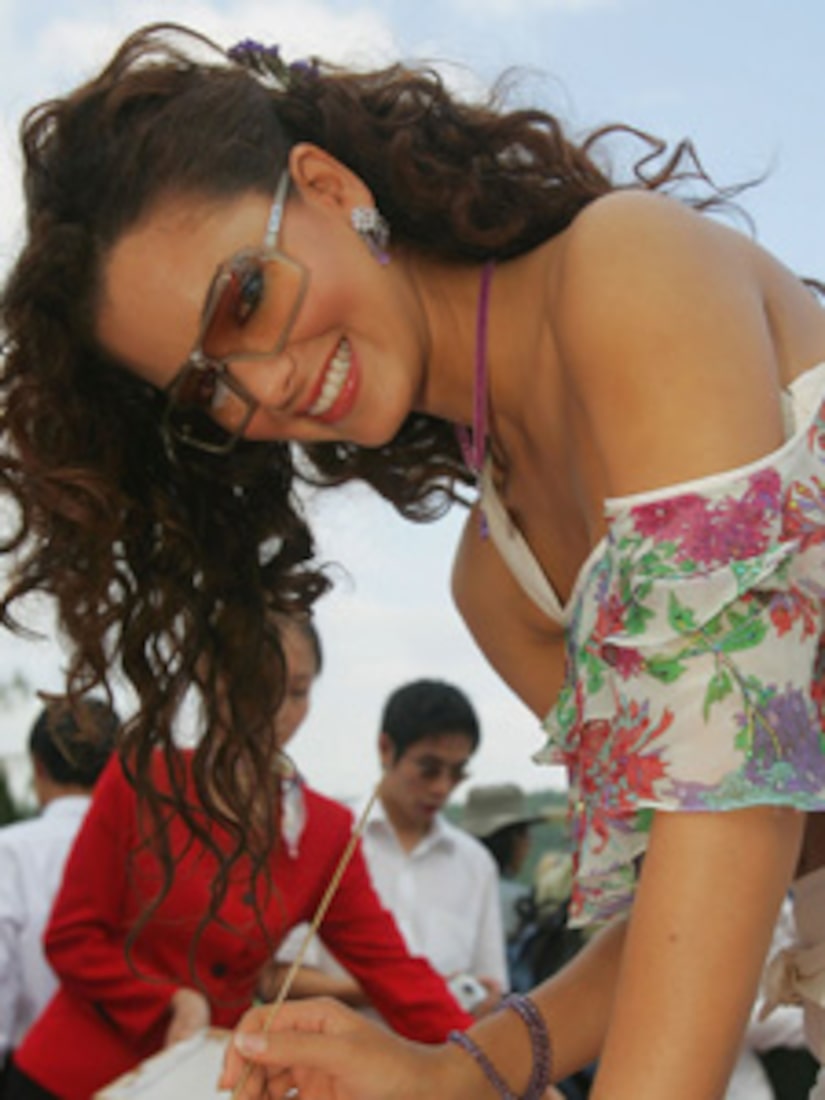 Beauty queen Ingrid Rivera shocked the world this week when she claimed her gown and makeup were spiked with pepper spray during this weekend's pageant. But is everyone buying the Miss Universe contestant's story?

Reports say police are now investigating how Ms. Puerto Rico was able to stop crying between on-camera appearances during the pageant Saturday. There are now rumors that the whole thing was a hoax!

Rivera managed to stay composed while appearing before the cameras and a panel of judges this weekend, but off-camera, she immediately shed her clothes and reportedly applied ice bags to her swelling face and body.

A bag containing her gowns, makeup and credit cards was reportedly stolen before the pageant. Her gown is now at a police crime lab.