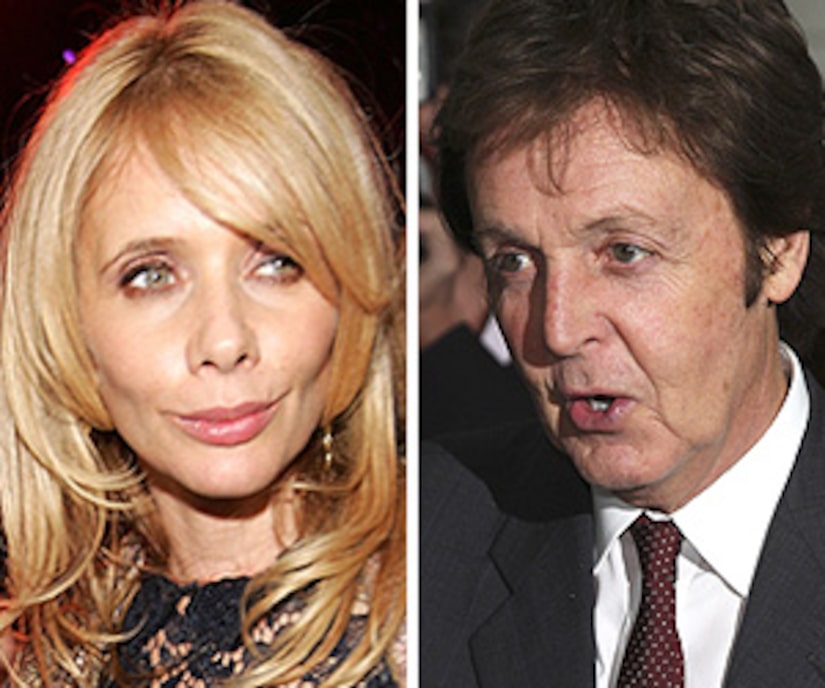 Since his split with Heather Mills, Paul McCartney has been linked to everyone from Renée Zellweger to Christie Brinkley.

Now the Beatle may be romancing Rosanna Arquette!

The actress, 48, and Paul reportedly played hide-and-seek with the paparazzi in London to avoid being photographed cuddling and kissing. They were, however, snapped holding hands.

Spywitnesses tell “Extra” that the two were also spotted getting cozy in the Hamptons earlier this summer.

Heather, meanwhile, may be moving on, too. Rumors were sparked that she's dating a famous sculptor after the two were spotted together in Monaco. But Heather tells “Extra” she's not dating anyone.