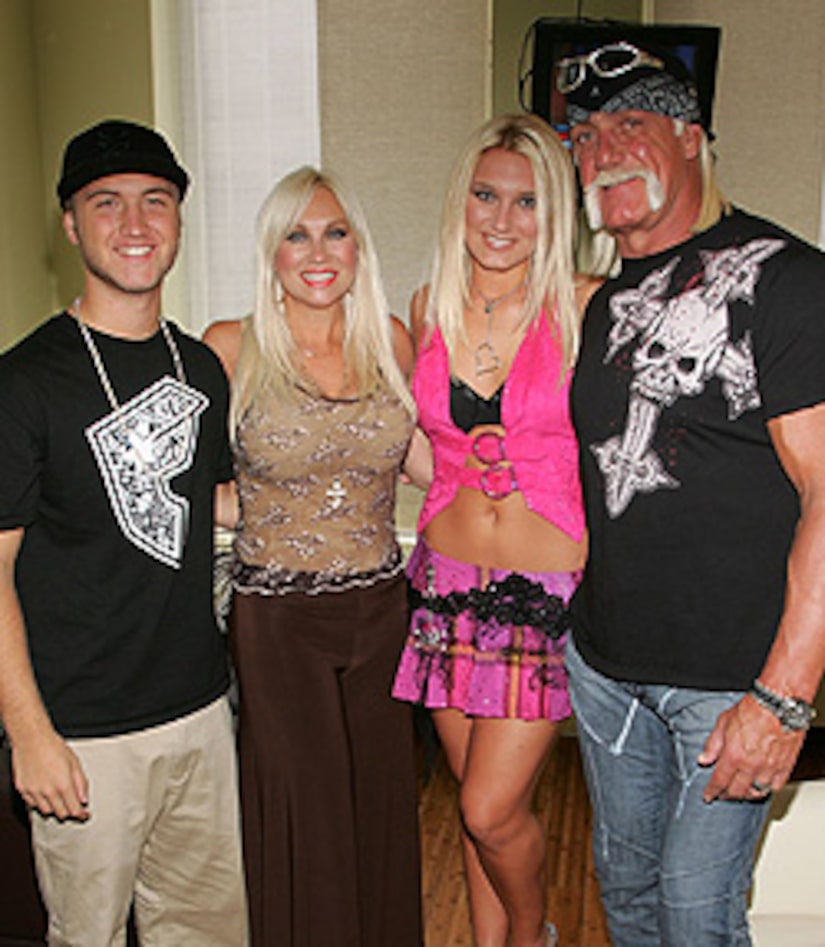 Hulk Hogan's wife Linda has filed for divorce. She had been married to Hogan, real name Terry Gene Bollea, 53, since 1983.

Linda filed the papers Tuesday in Florida. According to the St. Petersberg Times, a Times reporter broke the news to him over the phone Friday night.

Hogan and Linda have two children, Brooke, 19, and Nick, 17. Nick is currently facing a felony reckless driving charge after crashing his car in Florida, critically injuring his friend John Graziano.