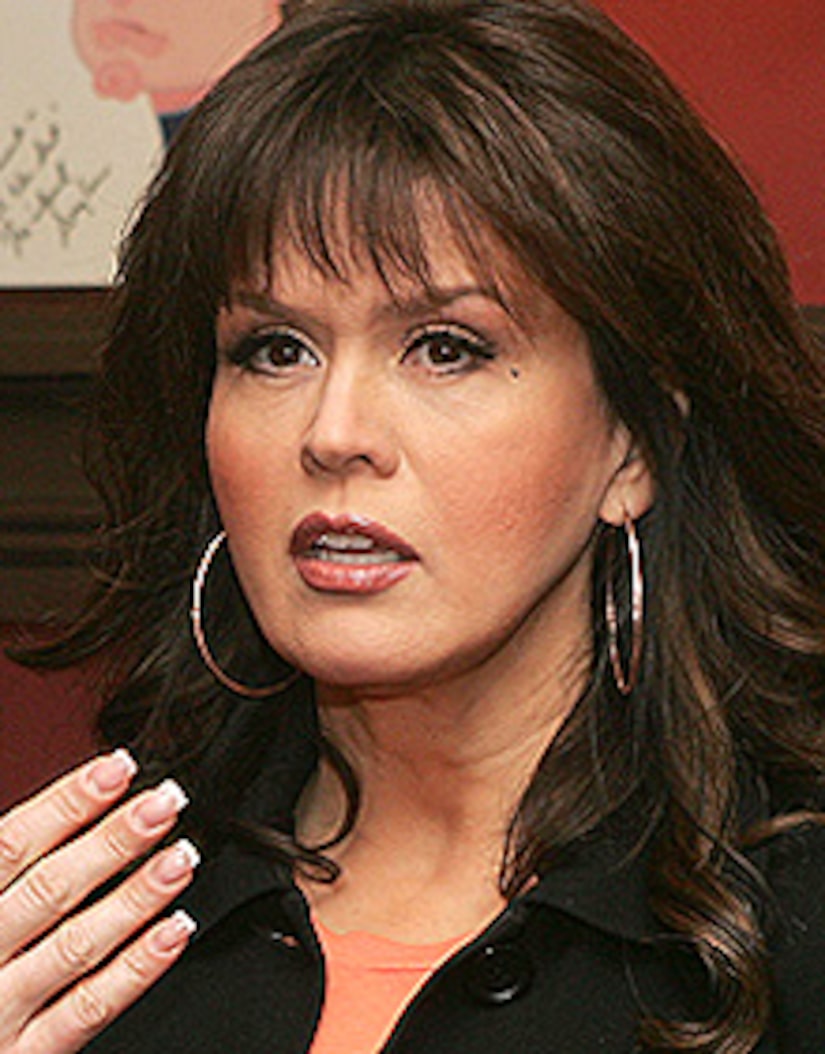 Marie, 48, didn't reveal why Michael entered a facility last week or where the program is behind held.

“He's dealing with a lot of issues," she told Larry King. "I don't know that I feel comfortable talking for him. I think he'll have to deal with that."

The “Dancing with the Stars” beauty also issued a statement about the news, saying, “My son Michael is an amazing young man, shown through his courage in facing his issues. As his mother, I couldn't be more proud of him. The press and public have always been kind and gracious in the past and I know they will continue to respect our privacy during this time.”

Michael, who is adopted, is one of eight kids Marie has raised with ex-husband Brian Blosil.

The past few weeks have been rough for Marie. Last week, her father George died at age 90. Before that, she fainted on national television after a “Dancing” routine.

Still, Marie has shown resiliency throughout her tumultuous month.

After her collapse, she told “Extra,” “You just have to pull up the boot straps and go for it again.”