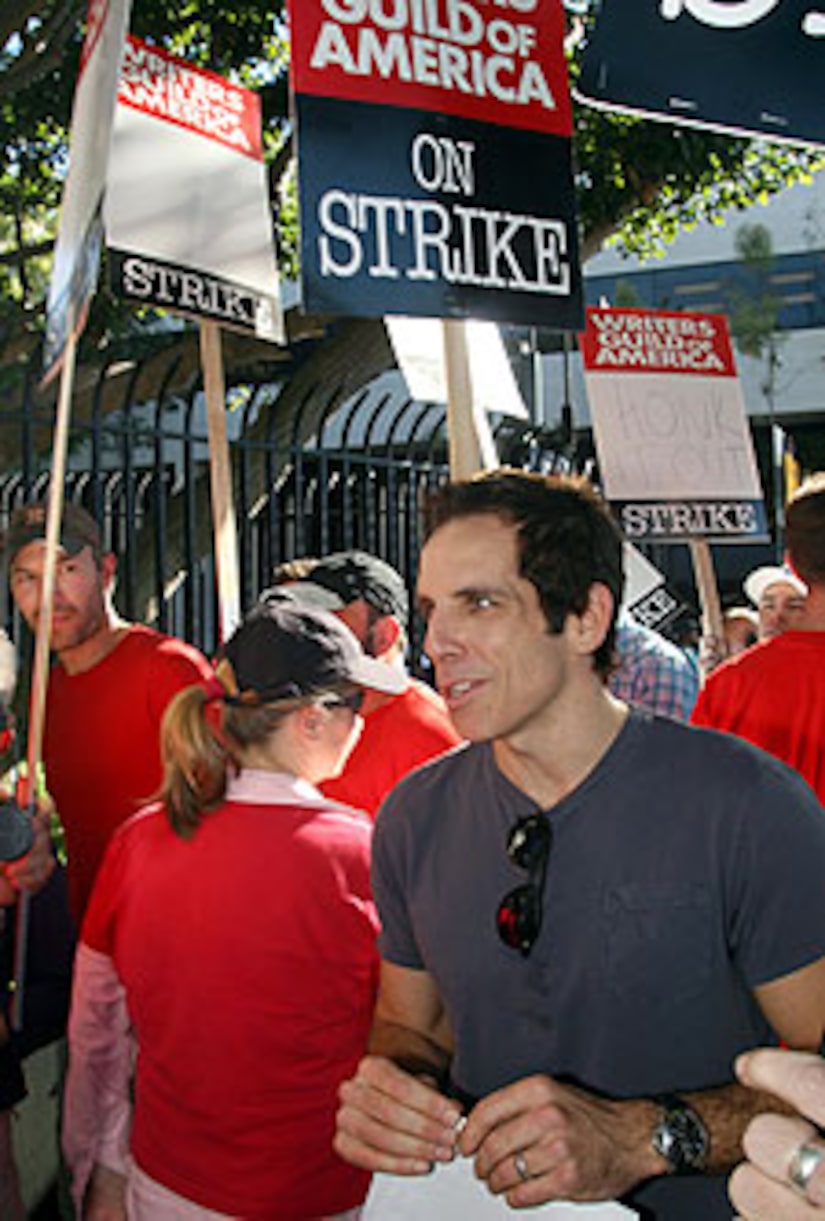 Television's top stars will take to the streets today to walk the picket line in support of the Writers Guild of America strike.

But as the stars support the writers on day nine of the strike, several of your favorite TV shows are in danger of going dark.

NBC will only air one more fresh episode of “The Office.” Production on “Desperate Housewives” is already shut down, with only two more episodes ready to go.

CBS is being asked to produce more episodes of “48 Hours Mystery” and “60 Minutes” to compensate for the loss of their dramas and comedies. But there are reports today that CBS News is preparing for the possibility of a news-writers' strike.