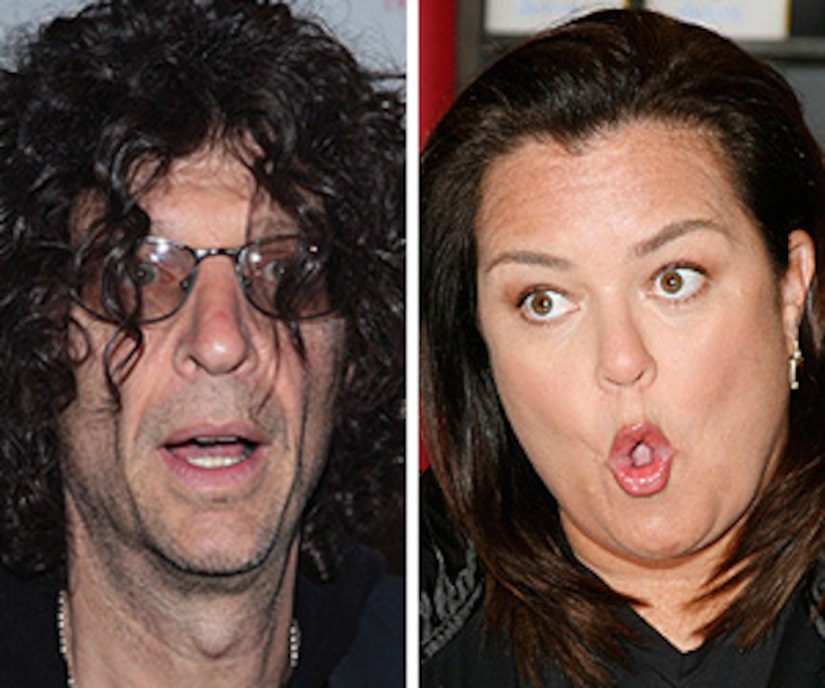 After years of harping on Rosie O'Donnell, shock jock Howard Stern is becoming a member of his arch-enemy's fan club!

Though talks between Rosie and MSNBC for a show have fizzled, Howard said the show “sounds like a good idea.”

In fact, Howard says Rosie should definitely have her own program.

“She gets a lot of ratings and she's a known performer and known quantity,” he says. “Whoever got her would be lucky to get all of those ratings, right?”