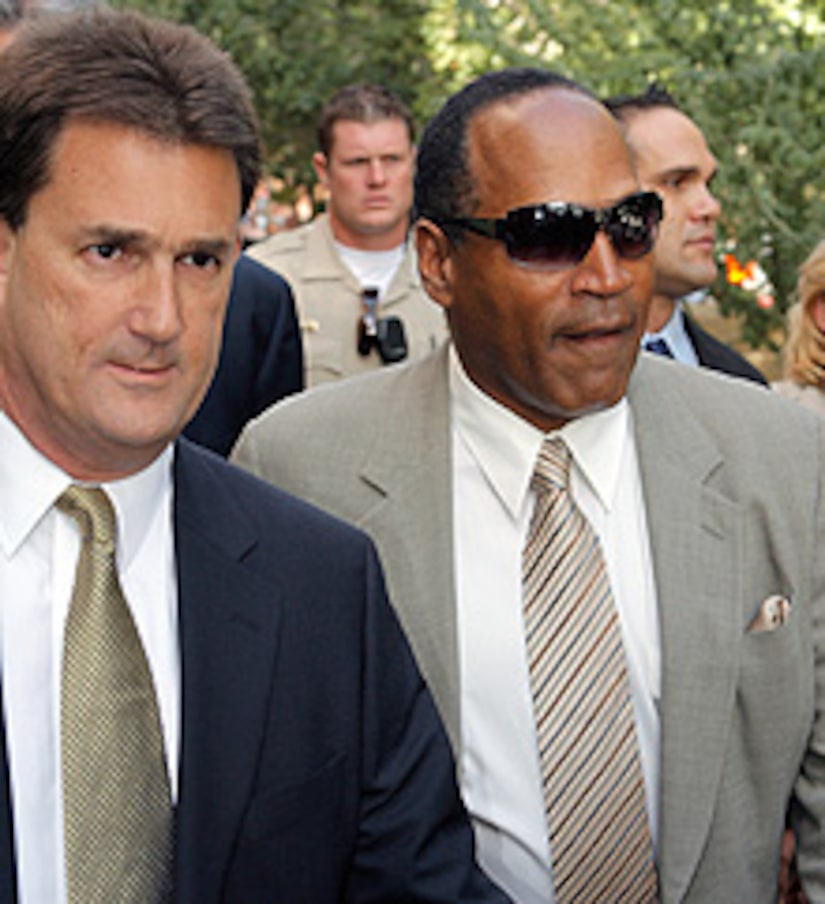 The first day of pretrial hearings in the alleged O.J. Simpson armed robbery case ended with one of Simpson's accused accomplices describing the alleged robbery as a “military invasion.”

Sports memorabilia dealer Bruce Fromong testified that Simpson and a band of men burst through his Las Vegas hotel room on Sept. 13, and one of the men pointed a gun at him. He said, however, that Simpson never brandished a weapon.

A second man, Thomas Riccio, testified that Simpson was “mainly the one plotting this out.”

The court then heard a tape of the incident in which Simpson yells, “You think you can steal my s---?”

Simpson, 60, could be seen shaking his head. He's charged with multiple felonies, including kidnapping, armed robbery and conspiracy. If convicted, he could face life in prison.

The hearing is scheduled to continue today. Prosecutors are trying to convince the court that they have enough evidence for a trial. The judge is expected to make a decision next week.