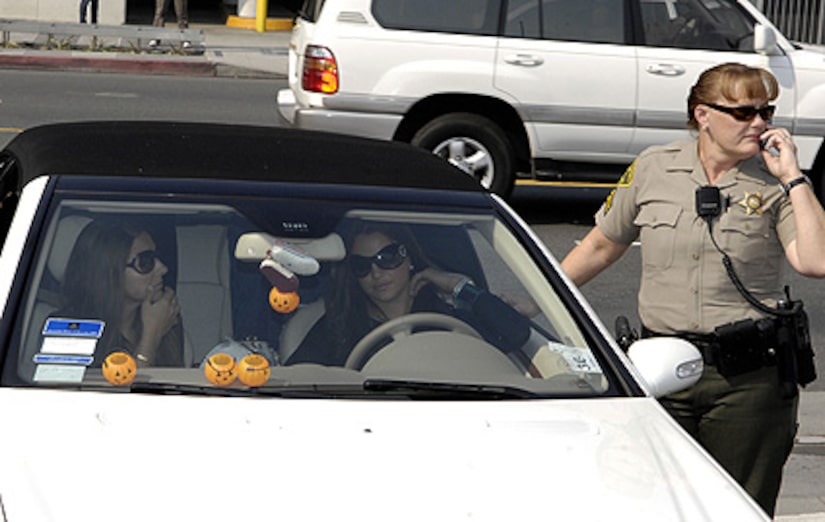 Britney Spears may have hit a police officer with her car, officials announced today.

Brit is being investigated for the possibility that she was driving a car that ran over a sheriff's deputy's foot last Friday.

The mishap occurred as Britney left her custody case in downtown L.A. The deputy was struck by a car and suffered "minor to moderate" injuries.

An officer said the incident is under investigation, adding, "It is unknown if Spears was the driver."