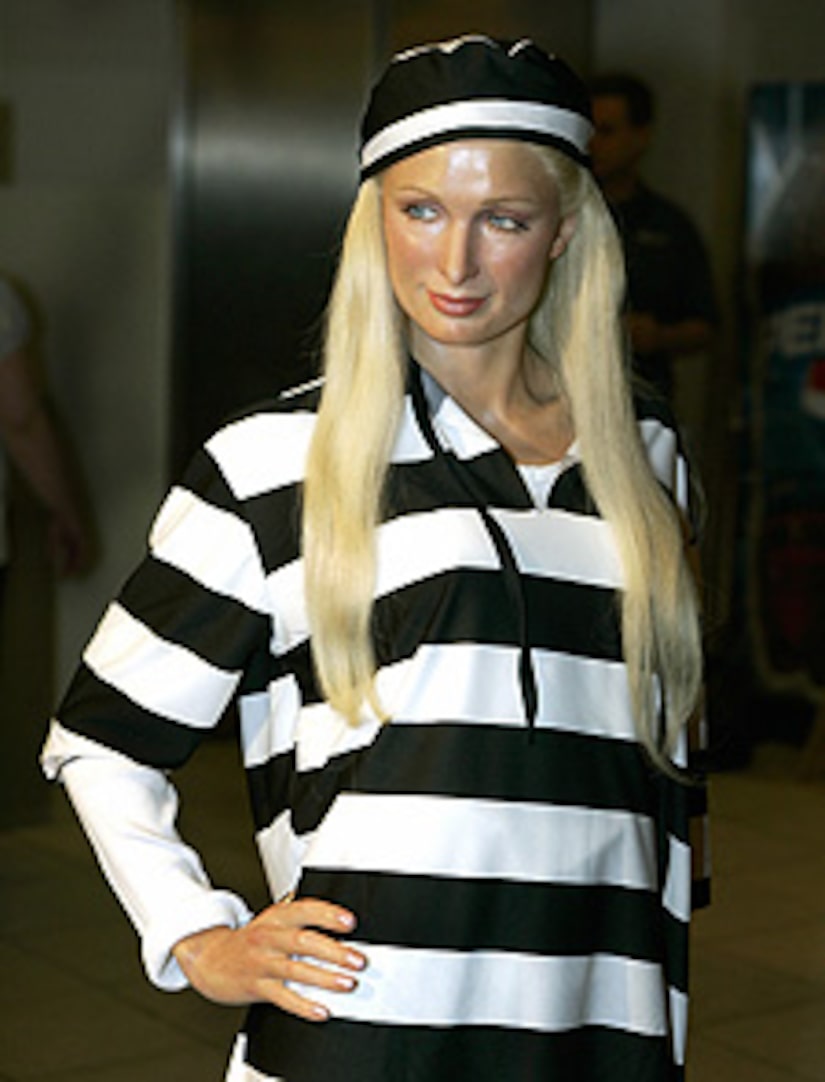 Just weeks after she became enraged on public television because David Letterman teased her about jail, Paris Hilton is proving she has a sense of humor after all.

Last night "Extra" spotted the heiress celebrating Halloween by dressing as a prisoner.

Wearing a low-cut, striped outfit with the words “Jail Bait” stretched across her booty, Paris took Sin City by storm hosting a party at hotspot LAX.