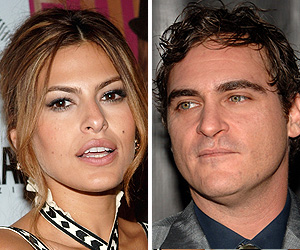 Joaquin Phoenix is reportedly miffed at his “We Own the Night” co-star Eva Mendes for a recent quip she made about him.

Eva supposedly told reporters at a press conference for the film that Joaquin was like “a puppy dog” during filming because he was frequently hyper.

But Joaquin reportedly tells the new issue of Playboy, “My apologies, Eva, but I had a few other scenes that you weren't in. This puppy dog had a lot of work to do."