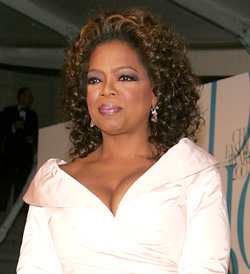 Oprah Winfrey flew to Africa this weekend and begged for forgiveness from the parents of her all girls’ school, which is reeling from allegations of abuse.

“I've disappointed you. I'm so sorry. I'm so sorry," a tearful Oprah reportedly said during the emergency meeting at the campus in Johannesburg.

A matron at the school has been accused of fondling one girl and throwing another against a wall. One student reportedly ran away because the abuse became so bad.

When the reports surfaced, Oprah flew between Africa and the U.S. twice in just days. She also reportedly hired her own investigators. A school spokesperson said an investigation will determine if criminal charges will follow.

After Oprah made her tearful apology last night, a father of one of the students reportedly told her, “It’s not your fault. We don’t blame you.”

Oprah, 53, opened the $40 million Oprah Winfrey Leadership Academy for Girls in January to give underprivileged girls a quality education.