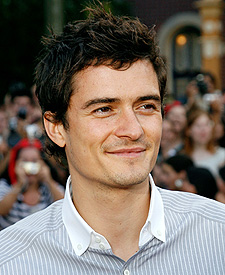 So is the “Pirates of the Caribbean” star turning himself in to cops?

Last week, Orlando collided with a parked car in Hollywood after a paparazzo allegedly cut him off. The crash left his female companion with a fractured neck.

But Orlando has not been charged with any crime, and he just went to the police to talk about the crash.

Today “Extra” has learned that the case has been turned over to the Los Angeles District Attorney, but there’s still no word if he will face charges.